What Is A Spanish Latte And How To Make It

What Is A Spanish Latte & How To Make It

There doesn’t seem to be one strict definition of what a Spanish Latte actually constitutes, for one if you go to Spain and order a latte, you’ll likely get the same latte as you would here.

So what is it?

A Spanish latte is a coffee that is made with espresso, steamed milk, and condensed milk. It’s served hot or layered over ice.

So it is very similar to a Vietnamese coffee which is made solely with espresso and condensed milk in equal parts. This adds a third part of milk which makes the whole drink lighter. 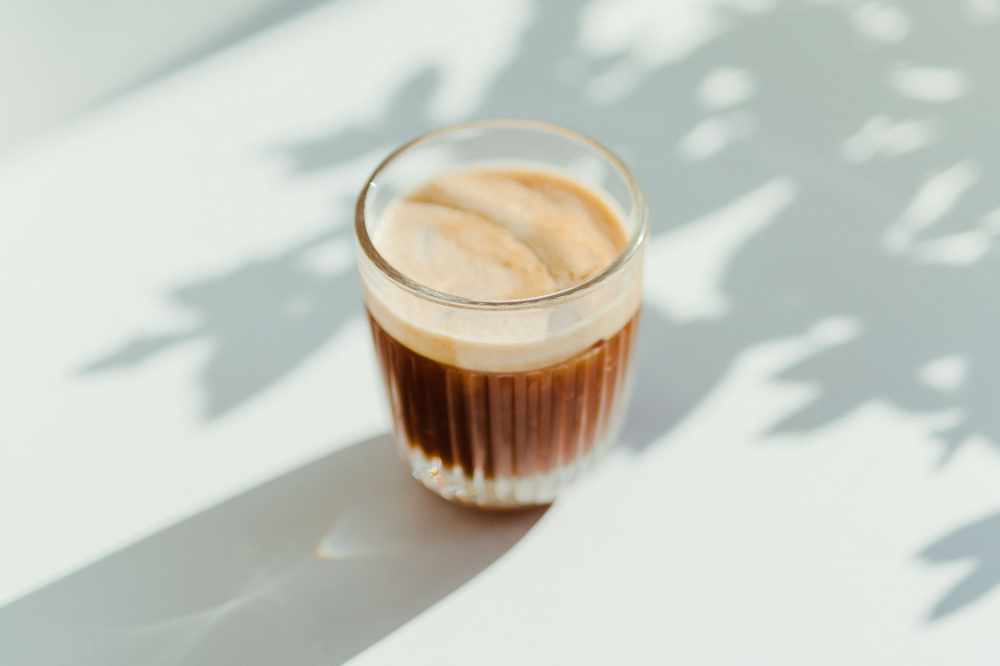 What is the difference between Spanish Latte and Latte?

It makes a very sweet and creamy version of a latte, sometimes it’s made as a 1 to 1 ratio of espresso to sweetened milk, usually sweetened with sugar but this is less common and not normally considered a Spanish latte.

But the problem is there are so many fine details and people love to get into the thick of it arguing about ratio’s so there are very few hard and fast definitions of the different types of coffee, rather you define it for yourself or even your cafe and stick to making it that way.

So I’m going to share a few recipes and you can pick your favorite then when friends come over you can say you’re going to make them a Spanish latte and explain your recipe for it.

How To Make A Spanish Latte 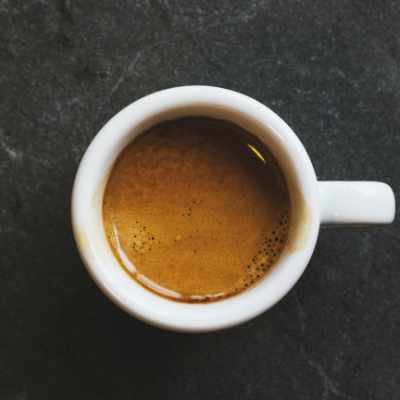 If you have an espresso machine then congratulations! This just became a whole lot easier, just make an espresso as you would normally, single or double shot it’s up to you.

If you aren’t lucky enough to own an espresso machine then don’t worry, you just need a nice and strong espresso-like coffee, so you could use either a Moka Pot (aka a stovetop espresso maker) or you could even use an Aeropress if that’s what you already own.

And while neither of these makes true espresso we’re not fussy here at Above Average Coffee, use what you’ve got and spend a little time putting in some care and attention and you’ll be able to make truly outstanding coffee at home.

I made mine with a Moka Pot and it worked absolutely fine.

What we’re not thrilled about is using pod machines… The coffee they make isn’t the best and they’re really wasteful in terms of plastic use.

The easiest would be to use just warm milk that hasn’t been frothed but there are a couple of ways to make it a little fancier without too much effort.

Froth It In A French Press

Yup, it’s time to dig out the French Press from the back of the cupboard, because while it won’t make quite strong enough coffee it can be used to froth up milk. Which we’ve got a separate article on but this is the simplified version.

Use A Milk Frother

I used to use the French Press method and it was completely effective, but now I’ve bought myself a milk frother and it is so much easier.

You just pour in the milk, turn it on, and it froths it while it heats up to the right temperature. It’s how I made the Spanish coffee so I can confirm it works perfectly. 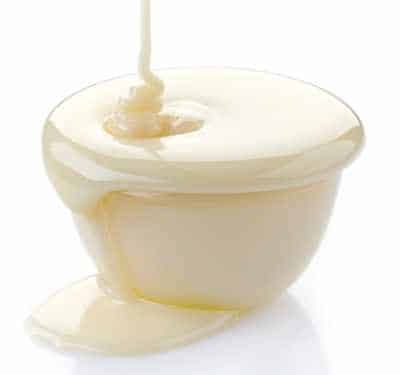 The only thing you want to do to the Condensed milk is to make sure it’s at room temperature otherwise the coffee gets cooled down too much while you’re making it. If you’re making the iced version it’s no big deal but you want a hot coffee to be hot right?

It’s usually sold in a tin so it probably isn’t in the fridge, but if you have a particularly cold-pantry then you’re going to want to measure out as much as you’re going to need and leave it out for a little while.

No biggie if you don’t but I think it’s worth it.

There are also rumors online of people frothing the condensed milk but I cannot figure out how that would work, and I’m not prepared to risk breaking my milk frother finding out!

I went for 2 tablespoons in a glass and it was very very sweet, I would be tempted to go with 1 in the future and for my tastes, I wouldn’t go over that but it’s up to you, start with 2 and see how you go.

Now pour in your milk, no need to be too fancy with this, if you’re interested in latte art and you’ve got proper steamed milk then you can go ahead but just pour it in, it’s what I did and it works a treat.

It all needs a good stir before you drink it otherwise the last mouthful is incredibly sweet.

I made these for my wife and I on a snowy April afternoon as an afternoon pick me up.

And we absolutely loved it.

A Spanish latte tastes much smoother than a normal cappuccino, it’s a more blonde color and is incredibly sweet.

You don’t get much of the subtle tastes in the coffee, just an overall coffee flavor so I’d go for a darker roast coffee to give you a good punch of flavor. Similar to how a Mocha tastes of hot chocolate with an underlying coffee flavor, the sweetness losses the subtlety.

What was strange is how much it tasted like a generic sweet Starbucks drink. Because two tablespoons of condensed milk is a lot, not something you want to be drinking every day but a perfect dessert coffee.

Or if you need a big boost this is the way to get it.

Absolutely delicious and well worth trying for yourself or order while you’re out. If you do order it when you’re out make sure to ask how it’s made so you know you’re getting the right drink. 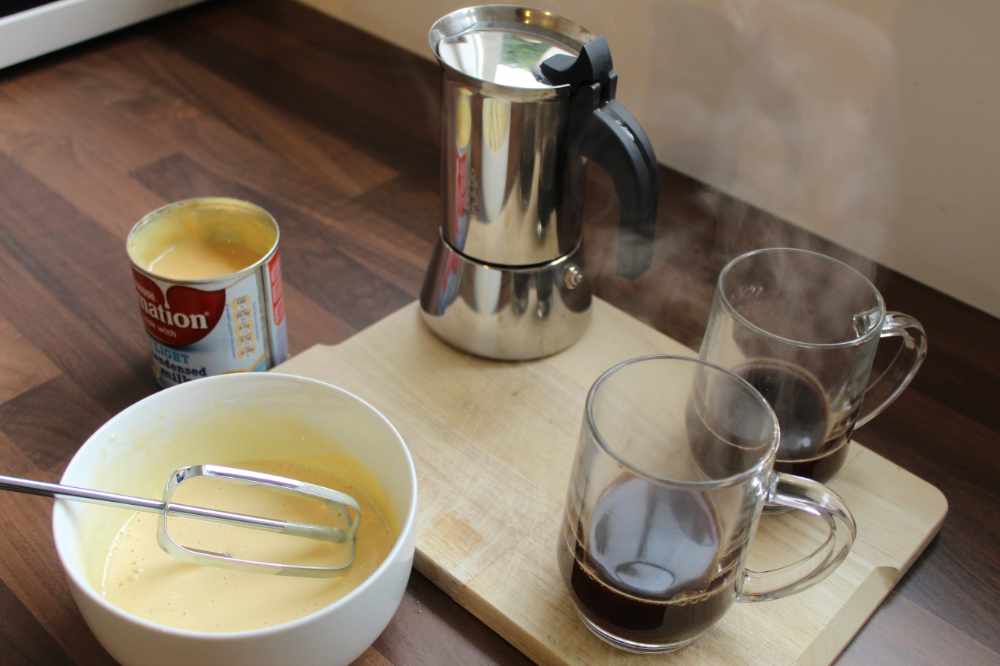 Variations of The Spanish Latte

This is one of those cool layered coffees you sometimes see on Instagram or Tik Tok, which while they look cool I always think it’d be tastier if it was shaken together because mixing with a straw never quite cuts it.

An Iced Spanish Latte is made by layering a glass full of ice with condensed milk, cold milk, and espresso top.

A lot easier to make than the hot version because you don’t steam or froth the milk in any way, you can just pour it straight from the carton.

This much more commonly known as a Cortado, and I can’t find many references to this being a Spanish latte but I did find it so I thought I’d include it.

It’s closer if you were to use milk that’s been pre-sweetened because that would give a much more similar experience to a Spanish Latte as we’ve described it here.

This is actually an Espresso Con Leche, espresso served with an equal part of scalded milk, common in Spain but why you actively want to burn your milk I’ll never know.

This has a ton of different names, Havana coffee, Cafe Bombom, Cafe Ontario, and Vietnamese coffee which is how I know it having first had it at a Vietnamese restaurant.

It is rocket fuel and really tasty but I think I prefer adding in the milk part to loosen the whole drink up. 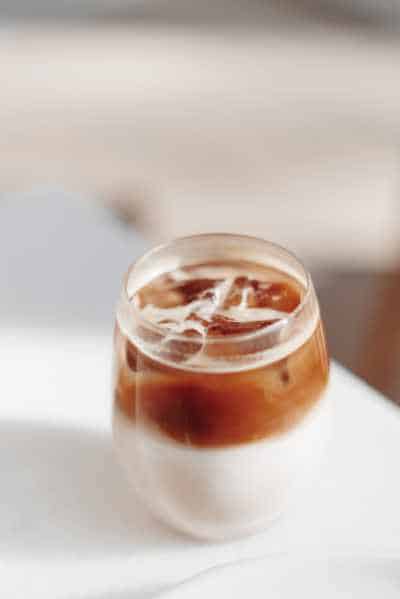 It is reported to have started in Spain but who can say, it’s adding together 2 relatively common ingredients, not rocket science so I’m sure a lot of different people could have come up with independently of each other.

I thoroughly enjoyed my Spanish latte, an excellent find, and just what I was needing to get me through the last of this Friday.

Sweetened coffee is always a nice treat and I actually can’t wait to make it for dessert the next time we have people over for dinner.

Have you tried it? Let me know what you thought in the comments below!

What is A Breve? (Breve of You to Ask)

Kieran tried getting into wine but didn't like it, tried getting into whiskey and it was too expensive, then thought "I really love coffee. I wonder if you can get really into coffee?" Turns out you can!
Win a $100 Starbucks Gift Card!
Enter Here
This is default text for notification bar
Learn more