Can You Use Paper Filters With A French Press? You Can But Don’t

I love a French press coffee, but what I don’t love is the sludgy siltyness you get at the bottom of the cup, which raises the question, can you use a paper filter with a french press and will this give you a cleaner cup? I thought this was the perfect continuation of the French press series of blog posts I’ve been writing so let’s find out.

You certainly can use a paper filter while you’re using a french press by either cutting one to the circular size and replacing the metal filter, or you can pour it through your regular drip coffee filter. Both ways will clean up your cup and remove the cholesterol-raising oils from the coffee.

But what I’m going to talk about more is a different brewing method you can use with a french press to give you a cleaner cup and why drinking French press coffee isn’t likely to affect your cholesterol. 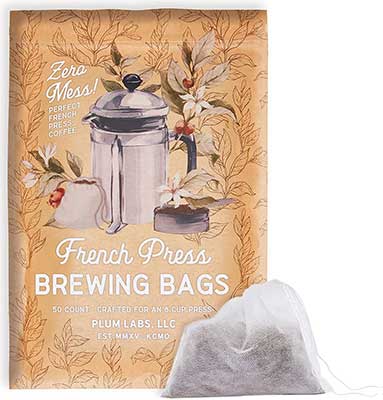 Why French Press Coffee Isn’t bad For You 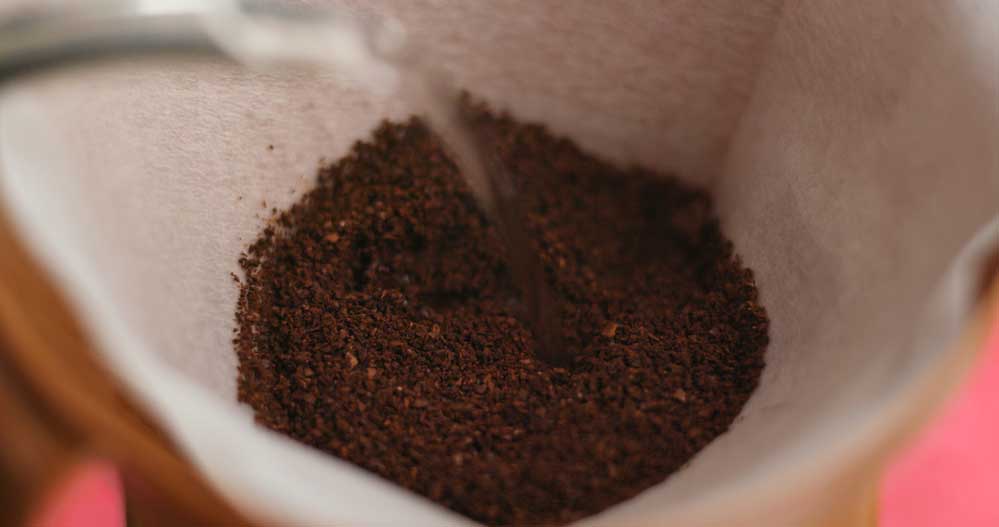 A study was done that found that cafestol, a compound found in coffee oils can raise cholesterol. It was found that people drinking 5 cups of french press a day had a 6-8%increase in cholesterol after 4 weeks.

I drink 1-2 cups a day at absolute max, and I think most people get out the french press when guests come over. So will having a cup cause you harm? I don’t think so.

Unless you already have high cholesterol and your doctor has advised you to cut back, that’s a different story and you should always listen to them.

But the reason its french press and not all coffee is the use of the metal filter which lets the oils through, but I’m going to talk about that more in the next section.

The Difference Between Metal Filters and Paper Filters

The difference is that a metal filter lets through much more of the coffee oils than a paper filter does, this results in a coffee that feels thicker because you feel the coffee oils on your tongue the way you do if you eat something buttery.

Now, these oils are strange to get used to especially if you’re used to drip coffee machines that use a paper filter. It can make the coffee taste sludgy because you see the silt at the bottom of the cup and take it to mean that it must have been throughout.

But you have to lean into it!

If you’re using a paper filter with a french press then there isn’t much point using a french press, you might as well buy a drip machine because that thickness is the whole point.

And you just don’t drink the bottom mouthful of your coffee when you have a french press. If, however, you’re getting a third of your cup is full of bits then you have a different problem, likely your grind isn’t coming out consistent giving you too many fines that can escape the plunger, or you’re pushing down too hard forcing the coffee through the filter.

You need a nice even grind across your beans and you need to apply steady pressure while you push down. Or you could try only pushing down halfway and pouring nice and gently into your cup.

I talked about this in more detail in another article but the difference is white paper filters have been bleached white, brown ones haven’t. And some people find the brown ones have a papery taste so need rinsed before use.

But both work the same, both can be composted, it’s more about personal preference than one being strictly better than the other.

The Two Methods of Using Paper Filters With A French Press

If you still aren’t convinced then there are two different methods you can follow to use a french press paper filter, technically three but the third is useless…

The metal filter is just a disk shaped, so as long as a disk is there to catch all the grounds then you don’t need to worry what material it is, you can just draw around the metal one on to your paper filter and cut it to size.

Too big and it won’t plunge, too small and it’ll let the beans around the sides so you need to be quite careful with it. And in all honesty it’s quite hard to get just right, and to get consistent so this is a method that will work but not one you want to be dealing with every day.

2. Pour Through A Paper Filter After

This involves making your French press as normal and then instead of pouring it into the cup you add in an extra step and pour it through a filter into some sort of big enough container and then into your cup.

You can pour straight through a filter into your cup but it can quickly end up half in your cup and half all over your worktop.

You can buy filters that are the shape of your French press, you put them in first then put the grounds in, add water on top, and fold the top of the filter down. Then make as normal and hey presto you’ve got an easy clean up filter you can use with a french press…

In reality you have a torn filter that’s still letting out grounds, and cleaning up that’s fractionally easier but you still have to clean the whole thing anyway, it just removes the need to use a spoon to scrape out the grounds at the bottom.

You can check them out here on Amazon if you’re interested but they don’t do anything for me in terms of making the coffee making process easier or cleaner.

I think I’ve talked about this in every one of my French press articles so far but it’s so good it has to be shared each time in case someone hasn’t seen it.

If you’ve been following along skip on to the FAQs, if not this is the James Hoffman Perfect French Press method from his YouTube Channel. Check out the video below to learn how to do it yourself.

Your standard metal filter should last as long as the French Press does, which is decades if you clean it and store it properly.

But if you’ve left it in the cupboard dirty and it’s gone either moldy or rusty then it’s probably time to get yourself a new one.

Does a French press need a filter?

Yes, you can’t use a french press without some sort of filter, you could use one without a plunger as long as you poured it through a filter after but this is the same as just making coffee in a jar and if it hasn’t been pressed I don’t think you can call it French press coffee.

How often should you clean a French press?

After every single use, yup, I know it seems like it sucks but you’ll get into a good process and be cleaning up your french press in less than 30 seconds. I wrote an article about French presses being dishwasher safe here.

Can you reuse grounds in a French press?

Absolutely not, unless you want to drink a very weak very disappointing cup of coffee you can’t use coffee a second time in any instance. As I talked about here.

And I know it’s different than using an immersion method of brewing coffee with a paper filter, but to me, a paper filter in French press is like going paddling with wet suit shoes on, it’s the same but yet so different and less enjoyable.