The more you learn about coffee the more you find out that the answer to any grind size question is always, it depends.

What grind size you choose for your French Press is dictated by what method you want to use to make your coffee. But the short version is, grind it coarse. A coarse grind in a french press brewed for 4 minutes will give you a great cup of coffee.

But if you want to get a little technical then read on and discover the 3 main methods you can use to make coffee in a french press.

A Word on Coffee Ratio 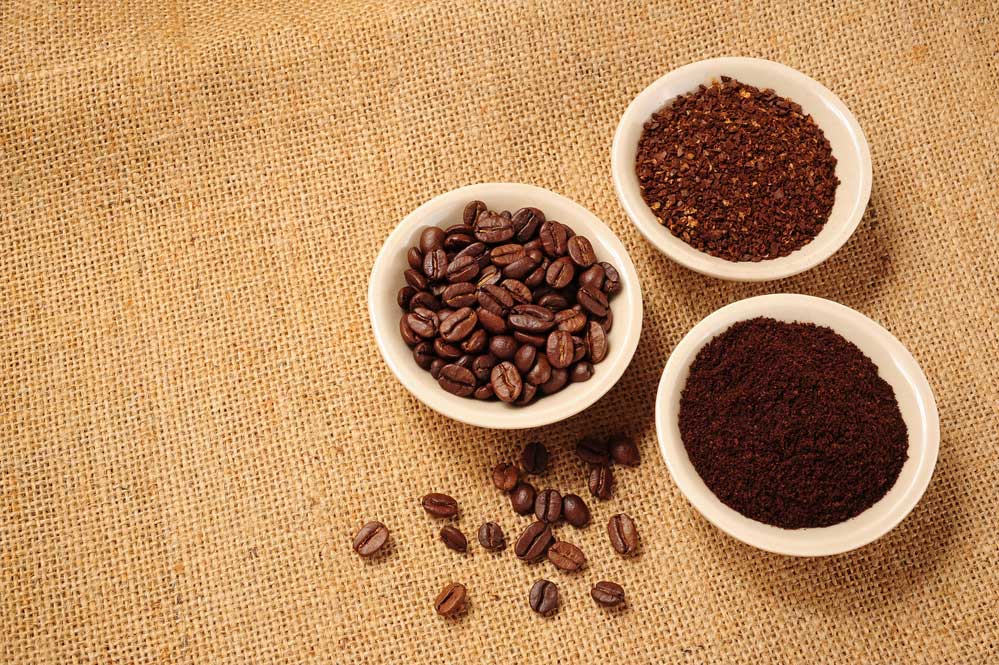 Your coffee ratio is the amount of coffee you use to the amount of water. It’s measured in grams and ml and your typical ratio is 1:15, 1 g of coffee per 15g of water. But the ratio’s people recommend are anything from 1:12 to 1:17, with 1:12 giving you a much stronger tasting coffee than a 1:17.

I stick with 1:15 as my true north, it generally makes a good cup of coffee with any beans but you can alter it to what you need. This does mean using a scale and working a bit harder for your coffee but that difference is undeniable, and the difference is repeatable which is what we want.

I talk more about French press brew ratio in this article.

To figure out how much coffee you’re going to need, open the calculator in your phone and account for 300ml per mug of coffee, then divide the amount of ml by 15 and you get how many grams of coffee you need.

Step 1. Boil the kettle, Weigh out your coffee and set the timer.

Step 2. Bring the kettle to the boil and allow to cool for a minute or two.

Step 3. Zero the scale, start the timer and pour the water in up the measure amount.

Step 4. Stir and put the lid on but don’t press down.

Step 5. Break the crust by stirring again after 4 minutes then leave for the final minute.

This will make you close to a perfect cup every time, the only things you adjust are using less or more coffee to your taste. If you want to get a stronger flavor try a 1:14 ratio, and if you want a weaker coffee try a 1:16 ratio. It doesn’t seem like a huge difference but it will affect the taste more than you think.

A coarse grind allows for a slow and steady extraction of the coffee flavor from the ground beans.

Also make sure you’re allowing your kettle to cool before pouring, it won’t burn the coffee but it will extract faster so that it tastes more bitter after the 5 minutes.

If you’ve bought coffee for a French press this is the method you’ll want to follow.

The Long Steep, The 8 Minute Method

This follows the same steps as the above method, the only difference is your brew ratio and grind size. The theory is by extracting slower from a coarser grind you’ll end up with a more balanced and delicate cup. That’s fancy coffee speak for it tastes better, definitely worth trying both and having an experiment yourself.

It’s coarser for an even slower and more gradual extraction of the flavors.

It calls for the coarsest setting your grinder can handle while still being an even grind, if you open it up and there’s half a coffee bean sitting in the grinds you’ve gone too far, a notch finer and try again.

The only difference is you’re going to have a second stir after 7 minutes instead of 4 minutes, leaving that last minute to settle the grounds before you press the plunger down.

This is the longest and most laborious method but it arguably produces the best cup of coffee, and a french press coffee with no sediment in the cup, no bits at the bottom, just a true barista esq coffee that’s smooth and balanced.

Step 1. Boil the kettle, Weigh out your coffee and set the timer.

Step 2. Bring the kettle to the boil and allow to cool for a minute or two.

Step 3. Zero the scale, start the timer and pour the water in up the measure amount.

Step 4. Stir, put the lid on but don’t press down, and leave it for 4 minutes.

Step 5. Stir the crust from the top through the coffee and then with two tablespoons you’re going to scoop the foam off the top of the water

Step 6. Leave it for 5 minutes at least, preferably 8 minutes to allow the bits of coffee to settle at the bottom.

Step 7. Place the plunger on the surface of the coffee but don’t press it down! That disturbs all the coffee at the bottom, you just want to use it as a filter to catch any stray floaters.

Step 8. Pour out and enjoy.

Like I said, it’s not the easiest method and much more active than a set and forget French press tends to be but it does make a delicious cup of coffee.

I’m not actually sure why this works as a medium grind rather than a coarse grind, but I’m not going to argue with a barista world champion!

What grind Size Is Best For French Press Cold Brew?

As Scott told us in his guide to Cold Brew you want cold brew grind to be about as coarse as you can possibly get it, it should look like peppercorns when you add the water. This gets combined with a brew ratio of 1:7 and you’re good to go.

Again there are a ton of different ways to make it but that’s what we recommend.

Can I use fine grind in French press?

Ultimately you can use any grind you want but it won’t make you as good a cup of coffee. Fine grind is for espresso type coffees, it’s too fine and gets over extracted in a french press and can even leak through the filter. If you want to try it I’d probably recommend a 3 minute brew time but don’t hold out, it’s just the wrong grind so it won’t be the best.

It needs a coarse grind because the water is in contact with the beans for so long, if it’s too fine too much flavor gets extracted and it gets muddied and bitter. But if you reduce the time then it tends not to be long enough to get a well balanced flavor out because some flavors extract quicker than others.

Whereas espresso which does use a fine grind the water isn’t long in contact with the coffee so you need a finer grind to maximize flavor.

Slightly smaller than peppercorns, if you imagine a peppercorn has been cut in half you’re looking at about the right grind for a french press.

Should you Stir French press?

You absolutely should, if you don’t stir all the grounds won’t get soaked and so you’ll miss out on a lot of the flavor and your cup will taste weak and watery.

Can you use regular ground coffee in a French press?

If you’ve bought misc ground coffee that doesn’t specify then I’d use it in a french press. And I’d start with the standard 5-minute method and adjust accordingly to how it tastes. If it’s too strong then use less coffee and if it’s too weak try more coffee.

And if neither of those work, try to adjust brew time.

It’s a pain but that’s one of the reasons you should stick to grinding your own coffee.

I hope that was useful, I know it’s never a straight answer but I hope you try out the 3 methods of french press coffee and find one you like. Always feel free to experiment too, if you make a bad cup for yourself who cares, you can just make yourself a fresh one.