Why Doesn’t Coffee Wake Me Up?

Coffee is well known for that lovely buzz it gives you first thing in the morning. It’s the first thing most people reach for as they get out of bed in the morning and can be a great aid for those busy workdays.

Unfortunately, coffee isn’t a magic substance that works perfectly every time. Have you ever brewed a fresh cup of java on to find yourself more sleepy afterward?

This unfortunate issue can happen to anyone and it can leave you feeling frustrated and downright betrayed by your beloved beverage. It can leave you pondering over the question, ‘why doesn’t coffee wake me up?’

If this sounds like you then fear not. There are loads of simple reasons why coffee may not be causing you to feel as fresh as a daisy. It could be down to the kind of coffee you’ve opted for, a change in your daily habit, caffeine tolerance, or even just your genetics.

I’ve covered these points and much more so you can find out once and for all, why coffee isn’t working as well as it used to. 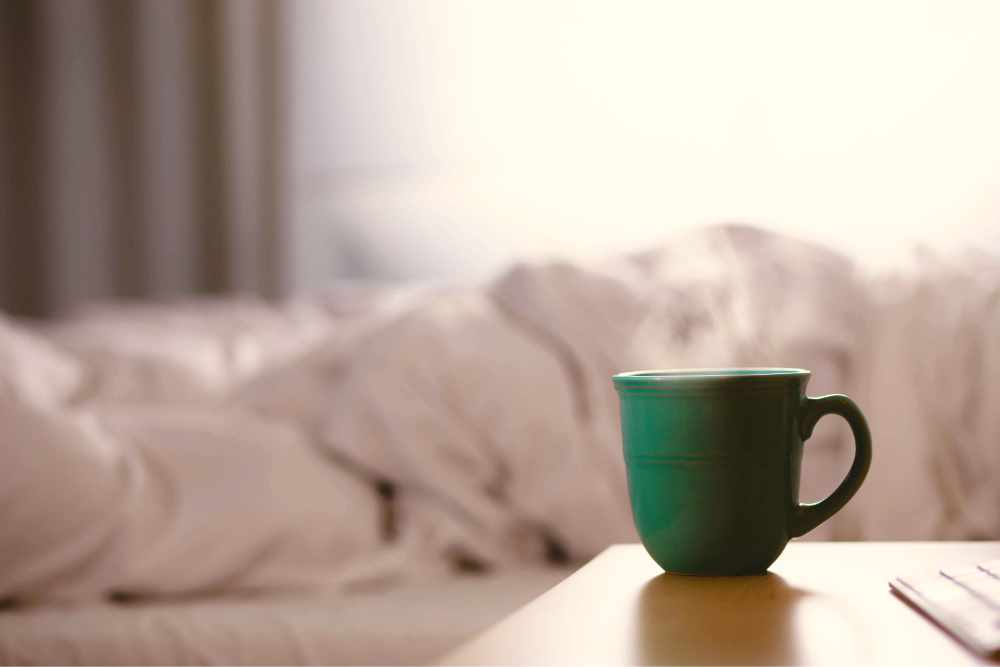 The Kind Of Coffee You Choose

The most important consideration when it comes to wakefulness and coffee is the caffeine found in the coffee beans. This wonder-drug is the reason you should feel alert after a cup of joe. If for some reason, there’s less of this in your mug then you may not feel as alert as you’re used to.

Fresh coffee can be a lot higher in caffeine content compared to instant coffee so this is worth considering if you’re looking for that coffee buzz. A cup of instant coffee made with a teaspoon of instant powder can contain as little as 30mg although it can range up to 90mg. Fresh coffee on the other hand can have anywhere from 70mg to 140mg so you’re much more likely to feel the caffeine effects here. 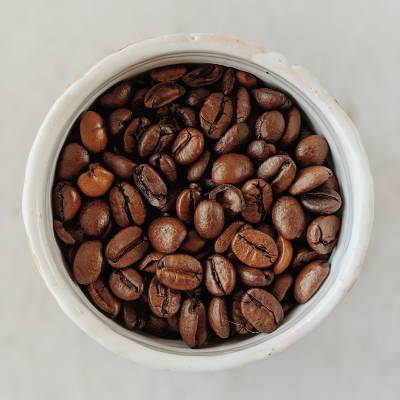 The type of coffee beans chosen can influence how awake you feel after enjoying a cup as the amount of caffeine they contain varies with the type of bean. Arabica beans are generally lower in caffeine compared to Robusta varieties so if you’re prioritizing the effects of caffeine then you may want to opt for robusta varieties. Arabica beans also vary a lot in caffeine content between different species so this could cause less of a buzz if you choose a new kind of beans for your morning coffee.

The reality of this is that coffee is sold and brewed by weight so even though you need more dark roast beans to match the weight of a lighter roast variety the actual volume of coffee used is the same. This translates to the truth being that the differences in caffeine intake between the two varieties are negligible when it comes to your cup of coffee.

How You Brew It

Some brew methods and different coffee makers can influence how much caffeine you consume. Generally, the longer the beans stew in the water, the more caffeine they release. Of course, you have to maintain some balance when brewing as over-stewed coffee will end up tasting bitter.

The French press produces cups of coffee that have around 80-100 mg of caffeine for this reason. The coffee sits in the hot water for 4 minutes before the plunger is pressed so you get a good caffeine infusion. Cold brew coffee is another good way to maximize the caffeine in your morning cup with the 16-ounce option from Starbucks boasting a whopping 200 mg of caffeine.

Espresso is a brew method well known for its high caffeine content as the espresso machine uses high pressure alongside an extremely fine grind to extract loads of caffeine as well as the full flavor from those beans. The important consideration here is volume and this brings us on to our next point.

An espresso shot is high in caffeine per volume at 30-50 mg per ounce. This means you get 60-100 mg for a double shot (this is the typical volume used in lattes and cappuccino) which is the same amount you’d expect from a french press or drip coffee but in a much smaller volume.

This means if you drank a 16-ounce cup of the stuff you’d be feeling very unwell with 800 mg of caffeine coursing through your veins, that’s twice the safe limit (the recommended maximum daily allowance for caffeine is 400mg).

Consider the size of drink you’re choosing and how this may influence your caffeine consumption.

The way you drink coffee may cause drowsiness that’s unrelated to caffeine. If you add lots of sugar or syrup to your cup of joe then this can offset the buzz you get with a sugar crash later on. Drinking sugar rather than eating it means it’s absorbed into your bloodstream a lot faster so you’ll get an initial, extremely fast spike in energy levels before they fall away, leaving you more tired than when you started. 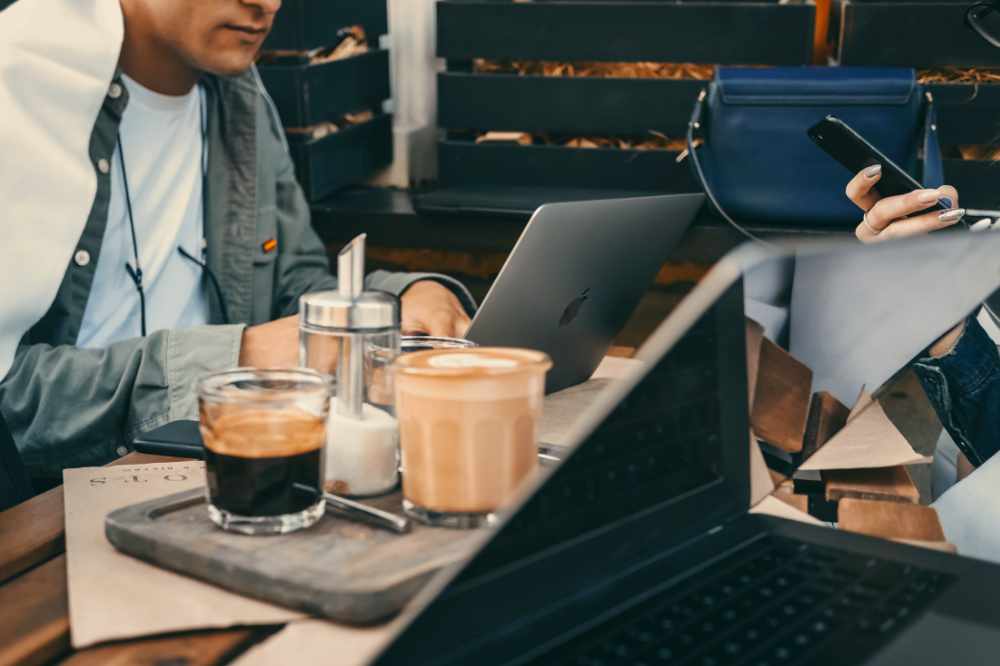 Have you recently changed your coffee drinking habits or just your daily routine?

The time of day you drink coffee can end up working with or working against your central nervous system. Your body naturally undergoes fluctuations in wakefulness throughout the day due to many different factors. If you’ve suddenly switched to nightshift and you’re guzzling coffee to try and stay awake you may just be fighting against your own physiology.

In other words, if you’re too tired anyway, coffee isn’t going to help you stay awake.

If your coffee consumption is regular like clockwork then over time you may have noticed that the wake me up you used to experience has dulled somewhat. This is due to caffeine tolerance.

The basic mechanism for this comes down to the adenosine receptors in your brain. The longer you go without sleep the more adenosine builds up in your system and these bind to their specific receptors causing tiredness to creep over you.

Caffeine works by pushing in and blocking these receptors so adenosine can’t work its magic. This is what gives you that alert, awake feeling after caffeinated drinks.

The issue with regular coffee consumption is that your body ends up adapting to this and produces more receptors over time. This means you have to drink more and more coffee to get the same buzz.

If you’re finding that coffee no longer wakes you up like it used to then consider taking a short break from caffeine. Avoiding all caffeinated beverages like tea, coffee, and energy drinks for a week will allow your body to readjust so you don’t experience this side effect anymore.

The first few days of this will likely cause caffeine withdrawal symptoms which can include tiredness, headaches, and less ability to focus. Luckily these symptoms don’t last long and after 24-48 hours you’ll be feeling back to normal.

Stay hydrated, eat well and you can take mild painkillers to help relieve any headache. After a week you can start re-introducing coffee and you should notice that the caffeine tolerance issue is much reduced, if not abolished.

You Metabolize Caffeine Too Quickly

Some poor souls out there tend to find that no matter how much coffee they drink they just don’t feel alert afterward. This could be due to your genetics whereby your body just metabolizes coffee really damn fast or is just insensitive to the drug itself. This means that you won’t feel awake after any amount of coffee.

On the other end of the spectrum, some people get too intense a buzz when they drink coffee and experience side effects like increased or racing heart rate, anxiety, headaches, and an upset stomach. Caffeine affects many different areas of our bodies and its consumption can even be determinantal to anyone prone to high blood pressure.

It’s important to weigh up the risks vs health benefits to your own body type and if you don’t respond well to caffeine, consider choosing decaf. 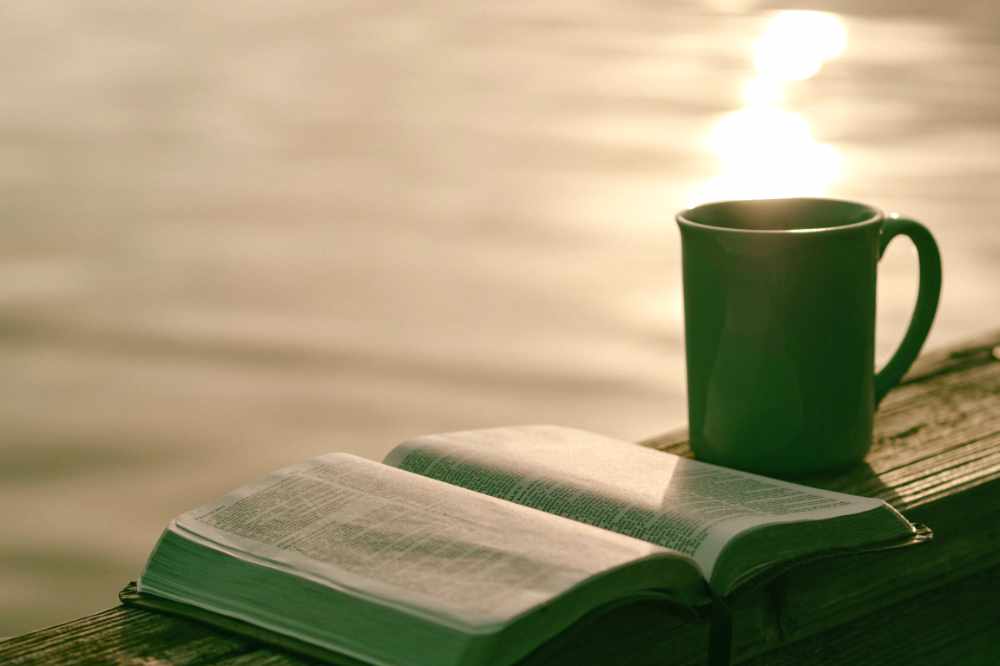 The reason you’re not feeling so chirpy following a fresh cup of java could be due to many different factors. It may be that you’re consuming less caffeine thanks to a new brew method or coffee type. It could be that you’re just too tired already or maybe you’ve developed a caffeine tolerance. Lastly, it could be you’re one of the unlucky few that doesn’t take well to caffeine anyway.

Whatever the reason, it’s never a good idea to simply drink more and more coffee. If in doubt, give it a rest for a week or two and see how you feel. Coffee is wonderful stuff but as with everything in life, too much of a good thing will end up causing issues so don’t overdo it, keep your consumption in balance and your body will thank you in the long run!