How Is Coffee Decaffeinated? (By The Power Of Cool Science)

Late last night I had a real itch for a coffee from my Moka pot. But it was late; I didn’t want to be awake all night. Remembering I had a bag of decaf beans I excitedly got to making a fresh brew. It got me thinking; these were whole coffee beans, somehow, with less caffeine in them. What on earth has been done to these things? How is coffee decaffeinated?

There are three main ways in which coffee beans are decaffeinated. They all revolve around trying to dissolve the caffeine out of the bean but not dissolving out any coffee flavor. The three methods are: A solvent wash with ethyl acetate or methyl chloride, extracting the caffeine with supercritical CO2, or using The Swiss Water Process which uses just water. 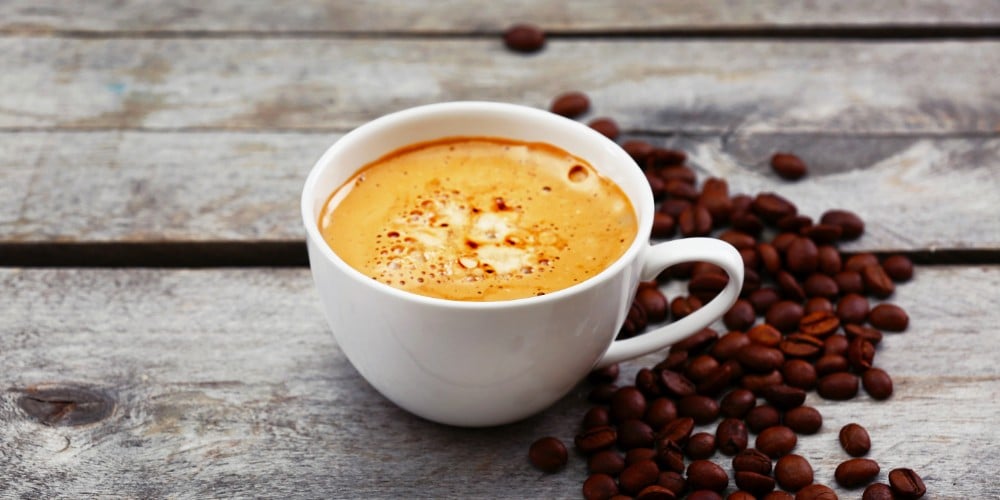 How Is Decafeinated Coffee Made?

Typically beans are decaffeinated before they are roasted. So it is green coffee beans that are used in the decaffeination process. I have found no cases of roasted beans being used. If you have, please tell me all about it in the comments below.

The main idea of the process is to allow the caffeine to dissolve out of the bean but have none of the coffee flavors dissolve out. Certainly easier said than done. Although where there is a will there is a way. Clearly, because we all know decaf is a thing.

The first-ever commercial method of decaffeinating coffee was invented by a merchant named Ludwig Roselius in 1903 and patented in 1906.

Ludwig actually discovered his process by accident when a shipment of green coffee beans were soaked in seawater. When these coffee beans were dried, roasted, and made into coffee the brew had much less caffeine but still had most of its taste.

Ludwig and his coworkers developed this accident into a decaffeination process. It was sold as Kaffee HAG. HAG being short for the company name, Handels-Atiken-Gesellschaft, now known today as Kraft Foods.

The process they developed involved steaming green coffee beans with acids and saltwater and then washing the caffeine away with benzene.

Today, benzene is known as a carcinogen. So washing our coffee beans with a cancer causing chemical is far from ideal.

Because benzene was a key part of this process it is no longer used today.

While benzene is not at all safe to use on food-stuff, the process has been adapted and evolved to still remove caffeine from coffee beans without benzene ever being involved.

Ludwig’s process might not be used anymore but it was the pioneering process which developed into the three different processes that are used today to decaffeinate coffee.

A solvent is, by definition, just a liquid which things can be dissolved into. Many liquids are solvent; even water.

A typical solvent decaffeination process will use either ethyl acetate or methyl chloride as its solvent.

The process begins with green coffee beans being steamed for half an hour to make them swell up and allow the solvent to penetrate the beans easier. The beans are then washed with solvent to extract the caffeine.

ethyl acetate or methyl chloride are used because caffeine will dissolve in them but the coffee flavors will not as much.

The beans can be washed with solvent multiple times until enough caffeine has been removed. They are then washed with water to remove the solvent and dried.

The solvent can have the caffeine removed by evaporating and capturing it ready to reused on the next batch.

Up to 96% to 97% of the caffeine content can be removed from the beans using this method.

Ethyl acetate is an ester which exists naturally in fruits and vegetables. Bananas, apples, and coffee all contain ethyl acetate. Because it is a naturally occurring chemical some decaf producers will use ethyl acetate and sell the beans as ”Naturally Decaffeinated”. However natural that may be.

Firstly, what does supercritical even mean?

That’s cool. What does it have to do with coffee?

Well, I’m getting to that. When carbon dioxide becomes supercritical it can move through a solid like a gas can and it has a density similar to a liquid. It just so happens that caffeine dissolves in CO2 but coffee flavors don’t. See where I’m going with this now?

So now we’ve got what supercritical-ness is out of the way, it’s just how they decaffeinate coffee beans with it.

Like in the methods before, green coffee beans are moistened. Usually, they are just steamed so they swell to twice their size.

The really great thing about this process is that carbon dioxide is not really toxic at all. It’s pretty harmless. Well, it’s not great as a greenhouse gas; but that’s a different story.

What’s more is CO2 is pretty cheap. The initial cost of setting up the CO2 decaffeination system is going to be damn expensive, but after that, it’s quite a cheap process to run. Most importantly it doesn’t wash the lovely coffee flavors away.

So you can actually see what supercritical CO2 looks like check out this cool video.

This process is oddly most commonly used in Canada. The Swiss Water Process is pretty straight forward. Green coffee beans are washed with water to dissolve the caffeine out of them.

At first you might think, but that will wash the tasty goodness out of the beans too, and you’re right. So to get around that issue; the water is first saturated with as many coffee flavors that can be dissolved into the water as possible.

A batch of green coffee beans are effectively sacrificed in order to saturate the water with as much coffee flavor as possible so that no more coffee flavor can dissolve into the water at all.

That same water is then washed through charcoal filters which removes the caffeine content from the water. You then have water which caffeine can be dissolved into but the coffee flavor cannot.

A fresh batch of green coffee beans are then washed in this water. The caffeine dissolves in the water and the flavor does not. They are sometimes washed multiple times to keep reducing the caffeine content in the beans.

Afterward the beans are dried and sent off for roasting.

While I think the supercritical CO2 method is damn cool; I can’t help but appreciate the effective simplicity of The Swiss Water Process.

Is It Possible To Decaffeinate Coffee Beans At Home?

So you want to decaffeinate coffee beans in the comfort of your own home? Ok. Call it a project then, I guess.

At first I want to say it’s not possible, but the more I think about it, I’m certain it’s possible to decaffeinate coffee at home.

It’s my own hair-brained plan. But I think it might just work.

Of all the methods we went through earlier, The Swiss Water Process is probably the easiest to reproduce at home. Don’t you dare try making supercritical CO2 just because I linked a video!

My thinking is, you can pretty much do all of The Swiss Water Process at home except from the part of the process where the saturated water is run through a charcoal filter. Well I know of a charcoal filter that might just do the trick.

Ever heard of a Lifestraw? It’s a straw with a charcoal filter in it. This special straw is designed so that you can drink any water you find out in the wilderness.

So, to decaffeinate coffee at home I think the process would go something like:

I see no reason why you can’t decaffeinate coffee at home.

Don’t forget that you will still need to roast those things to make the finished bean taste anything like a cup of joe. You’re decaffeinating your own coffee; I’m sure you can figure out roasting.