Can I Put Coffee Grounds In The Garbage Disposal? (Plumbers Answer)

You’ve done it, I’ve done it, but the question remains, should you put coffee grounds in the garbage disposal? I was curious so I thought I’d go to the experts and seek out plumbers to give me the answer, who else is better qualified?

Well the results are in and you shouldn’t put coffee grounds in the garbage disposal. Every plumber you speak to will have been called to fix a kitchen sink only to open it up and find it chocked full of coffee grounds.

The danger of putting coffee grounds in your sink is just that, they get caught in the U-bend underneath and pile up there over time leaving you with either a slow draining sink or a full-on block and a bill of at least a few hundred dollars to pay to your plumber to clean it out thoroughly.

I imagine this scales with how many coffee grounds are going down the drain, if you scrape the bulk into the bin or compost then the leftovers will get flushed through the pipes with running water. I say that because I’ve shared a recipe further down for a drain cleaner made with used coffee grounds! 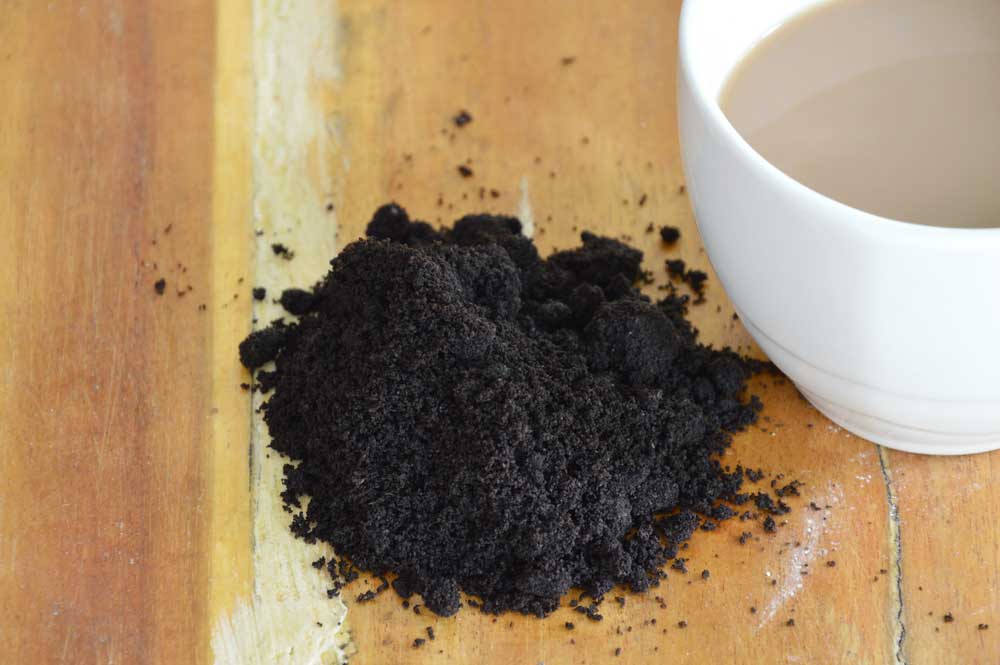 Can coffee grinds go down the drain without a garbage disposal?

Still no, in fact even more no, the garbage disposal can at least break down the grounds a little further to help them pass through more easily.

Without it they just flow down into the U-bend and get trapped, for now, most may even make it through but a couple will get stuck. And then a little time later a couple more of them will get stuck and so the build-up begins resulting in a larger and larger block that eventually leaves the whole pipe bunged up.

People say “but I’ve been putting coffee grounds down the drain for years!” but a blockage is coming, it’s just a matter of time.

Again, a small amount will be fine but a whole coffee pot worth of coffee grounds is asking for trouble.

How to Unclog Coffee Grounds From Garbage Disposal

So you didn’t listen eh? Well, that’s OK, there are a couple of things you can try before you resort to calling in a plumber.

You know, Drano, that and such like can be an effective way to unblock a slow drain sink, but it comes at a cost, first those are some pretty powerful chemicals you’re sending out to the ocean. But more to that, these chemicals can eat away at certain types of pipe.

It depends on the brand and the variety so always have a read of the label, it should have a warning not to use with metal pipes, or PVC pipes, or any other circumstance such as a complete block or even with a garbage disposal.

And while it may not dissolve the coffee grounds completely it could loosen up all around them and whatever other grease or leftovers is stuck to them to clear up your pipes.

Not the best overall but it might just work and will be the cheapest solution if that’s all it takes to cleanout.

Enough elbow grease can solve any problem, at least that’s what I’ve always been told. So when you’ve got a blockage either complete or forming why not have a go at it with the plunger first and see how you get on.

Not the most effective but if you’ve got a plunger at home any way you might as well have a go!

Make sure you feed it twice a day!

No, a drain snake is a big long piece of wire that you thread down the sink and rattle around to try and unclog the block. It’s not quite like that but you get the gist.

You can buy them relatively cheaply but you’ll need to be ready to learn and get yourself on to YouTube to watch some tutorials and figure out what’s going on before you try. Otherwise, you might end up doing more harm than good. You’ve been warned!

There’s a reason plumbers cost so much, it’s because they have a lot of skills, knowledge and tools that not everyone has.

They have special skills that perhaps you don’t and eventually, it’s time to throw in the towel and call them, yes they will tell you off for putting coffee grounds in there in the first place but at least your sink will be clean by the time they’re gone.

Now some plumbers recommend against this but I found the recipe on youtube and thought it was fun. The coffee grounds work as an odour neutraliser to prevent any bad smells from leaking out into the kitchen. The vinegar and baking soda clean out grease and gunk and the salts work to keep the blades of the garbage disposal sharp.

As long as you don’t overdo it I can see this working quite well but then I’m a coffee drinker, not a plumber so do so at your own risk.

What Else You Shouldn’t Put Down Your Garbage Disposal

There’s an old wives tale that eggshells can sharpen your garbage disposal blades, this is false. All that happens is the eggshell membrane gets wrapped around the motor and all over the walls creating a sticky mess that can trap more leading to a clogged drain.

Cooked pasta is bigger than dry pasta, and pasta that’s caught in the sink just keeps getting bigger, and bigger, eventually swelling so much that it blocks the whole sink and is a nightmare to cleanout.

So don’t do it, scrape your plates into the trash before you put it near the sink, it saves time and money down the line.

Truth be told… I put grease down my sink all the time, I know I shouldn’t but I do, I pour it down with the hottest possible water and a huge squirt of washing up liquid to break up the grease as it goes down.

Am I heading to trouble? Every plumber will say so but perhaps we should wait and see. Either way, I know you shouldn’t put grease down the sink, and you shouldn’t either. But we’re only human right?

Other Ways To Dispose of Coffee Grounds

We have a much more comprehensive list on this site about the various uses for used coffee grounds which you can see here. But I thought I’d share my 3 favourites here.

Your town might have a curbside composting service that gets picked up periodically if you don’t have your compost. Mine does so I scape all my coffee grounds in there when I’m down and it gets collected once a week.

But if you have a garden why not start your own compost pile? It’s a fun activity and nothing beats the real deal when it comes to fertilising your garden. Plus you can put coffee filters straight into the compost to keep things nice and easy.

You can even put coffee grounds straight onto plant beds where it has lots of minerals that your plants love to keep your garden green and lushes.

Nothing worse than having a neighbour cat that comes into your garden just to relieve itself. Cleaning up cat poop from your garden when you don’t even have a cat, ugh.

Well did you know you can use coffee grounds to repel cats? Just sprinkle the grounds around your garden and you’ll be cat-free in no time. Plus the double benefit that your grass will love it.

Finally, you can mix coffee grounds with some coconut oil to make a nice face scrub. Plastic microbeads are doing terrible things to the ocean and the fish that live there so avoiding scrubs with plastic beads in them is a must.

So why not go all-natural and use coffee? The grounds can be a tough scrub for your body and face to freshen up your skin and leave you feeling soft and luxurious.

30 Uses For Used Coffee Grounds (From Fertilizer To Fish)