Why is Coffee Called Java? (A Historical Relic)

Across the world, coffee goes by many names and even more nicknames. Some might just call it bean soup. By far one of the most common names that coffee lovers use to refer to the drink is Java. While I immediately think of the brew when I hear the name it sounds nothing like coffee. I was really left wondering, why is coffee called Java?

Coffee’s, Java, nickname goes back to the late 1600s colonial times when The Island of Java was a Dutch colony. In 1696, The Dutch East India Company began growing coffee on The Island of Java. As a result, when the coffee beans arrived in Europe, the name “Java” was coined for coffee. 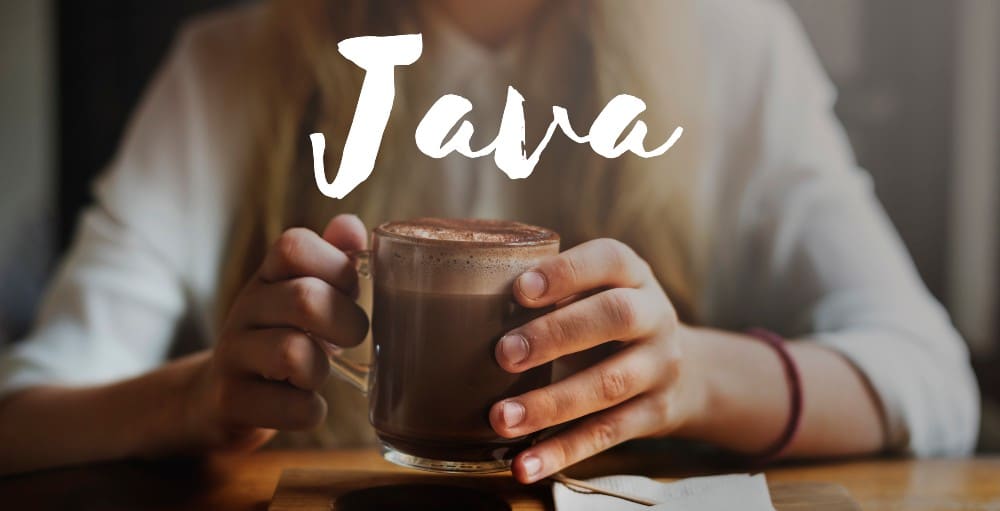 The Island of Java

Coffee gets its Java name from the Island of Java in Indonesia, Southeast Asia.

Indonesia is the world’s fourth-largest producer of coffee. The Island of Java is one of Indonesia’s first islands to grow coffee trees and its coffee history extends back to the 1600s.

With The Island of Java being a coffee origin; people will have once called coffee Java, meaning coffee from Java. Over time it has lost its specificity and now we were left with just calling coffee itself Java.

Back in 1696; The Dutch East India Company brought coffee seedlings to Indonesia. At the time Indonesia was a Dutch colony. So they must have been making investments in things they could grow and export.

Java, Bali, and Sumatra all began growing coffee around the same time.

In 1711 the first Java coffee was shipped to Europe. At that time Indonesia was the first place, outside of The Middle East and Ethiopia, where coffee was widely cultivated.

The Dutch ruled Indonesia from 1627 until 1942. As you might imagine with a colonial system, Indonesia was exploited for agriculture; particularly coffee. With Java coffee being forcibly mass-produced there was a lot of it to go around and gained a lot of popularity.

Coffee Is Still Grown On Java

Today Indonesia is still the world’s fourth-largest coffee producer. Some of the existing coffee estates were originally built in Dutch colonial times but they only make up a fraction of the total coffee production for Java.

94% of Indonesian coffee production is made up of over 2 million smallholders. Smallholdings are small farms that usually support a small group of people or families.

While it’s great that coffee farms are largely owned by individual people and not companies, unfortunately, these farmers still do not receive a very good rate for their produce. Although fair trade organizations are trying to improve that.

As coffee farms are owned by individuals; coffee production is what supports millions of families across Java and Indonesia. It is a crucial part of their economy. 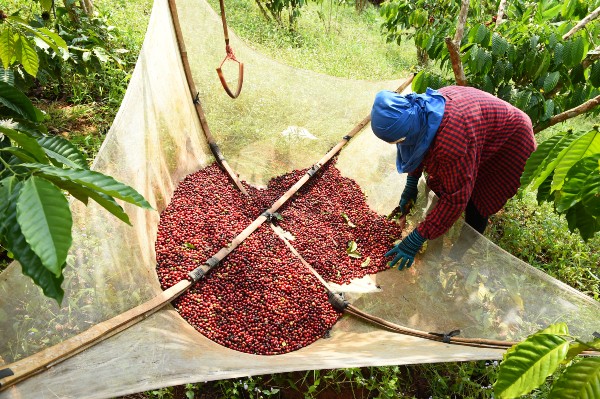 In the 1880s; a coffee plant disease, known as coffee leaf rust, wiped out huge amounts of the Arabica coffee plants (also known as Arabian coffee) in Java and across Indonesia.

Because tougher types of coffee, such as Liberica and Robusta, were able to survive coffee rust they largely took the place of Arabica beans across Java and Indonesia.

Liberica and Robusta are considered to be lesser quality coffee beans than Arabica. They are hardier plants, easier to grow, but don’t taste as good as Arabica.

Since this shift toward Liberica and Robusta in the late 19th century, the number of Javanese coffee farms growing Arabica beans has been very few. So if you were served a mug of Java coffee today, hopefully, it would be Arabica beans, but it might not be.

Mocha Java is a blend of coffee beans that tries to recreate the first, original, cup of coffee sold in Europe in the early 1700s. It has nothing to do with chocolate.

Back then, coffee beans were sold as a blend of beans that were grown in Java and beans grown in Mocha, Yemen. Merchant ships used to collect a shipment of beans from Java, head toward Europe, but stop off at the port of Mocha in Yemen and collect more beans from there too.

The Java-origin beans typically had bold and earthy flavors. The Yemen beans, similar to beans from nearby Ethiopia, were much fruitier and lighter than Java beans. When the beans arrived in Europe they were blended together and it just so happened that they went brilliantly together.

Today Mocha Java coffee is trying to recreate this ancient blend. Although the beans a likely not from Java or Mocha in particular. They will certainly be grown nearby though.

The Java component often comes from another Indonesian island; likely Sumatra. The Mocha component can be from countries nearby Yemen. Ethiopian beans make an excellent counterpart.

If you get the chance to try Mocha Java coffee don’t pass it up. It’s a chance to taste history. 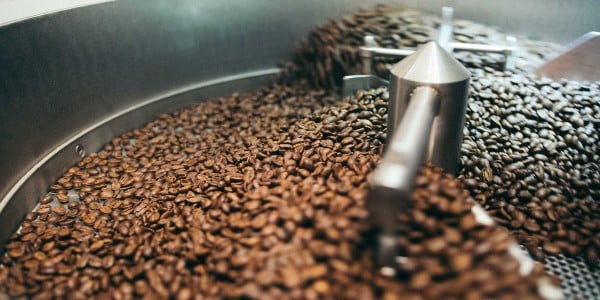 When the coffee has been monsooned it has been aged. A more commonly known variation of this is Monsooned Malabar, which comes from India.

Monsooned coffee beans have been exposed to the humid air of the rainy season. The Beans are stored and dried. They can be aged for as little as a few months or as long as five years.

Monsooned coffee produces a much sweeter, woodier, roast with almost no acidity. They go extremely well in espresso but even with that said, some think it is just a gimmick and a marketing ploy. 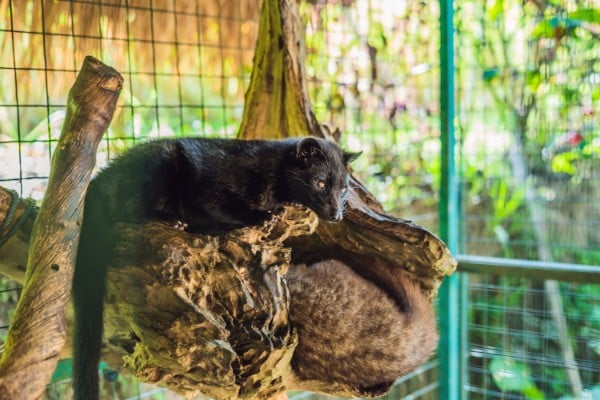 Kopi Luwak is a type of Javanese coffee; mainly just because Java is one of many Indonesian islands which produce it.

For the uninitiated; Kopi Luwak is a coffee bean that was eaten by an Asian Palm Civet. I think the little animal looks like a cross between a weasel and a lemur. Kopi Luwak coffee is also known as Civet Coffee.

The Civet eats the coffee as cherries. The theory goes that as the bean passes through the critter’s digestive tract it becomes fermented. When the civet poops the beans back out, they are collected, cleaned, and turned into coffee.

The story goes that colonial coffee farmers were not allowed to harvest their coffee beans for their own use. So if they wanted a brew; they had to find it another way. Coffee farmers noticed that the civet would eat coffee cherries and poo out the beans. Which is one of the main ways how seeds spread naturally in nature.

Some brave soul dusted the poo off the beans, roasted them up, and found they preferred the taste of their poo coffee over regular coffee at the time.

Fans of Kopi Luwak say that the Civet will only choose ripe coffee cherries. Whereas farmers would be less picky. So the civet beans would be only perfectly ripe beans.

Kopi Luwak has gained the status of designer coffee and is the most expensive kind of coffee in the world. While some consider it an absolute delicacy, others think of it as just a gimmick.

The Dark Side Of Poo Coffee

Gimmick or not Kopi Luwak has resulted in a nasty niche of coffee.

80% of coffee sold as Kopi Luwakhas never been anywhere near a Civet never mind through one.

Asian Palm Civets are small nocturnal creatures and don’t have a huge appetite. To go looking through rainforests for free-range Kopi Luwak would really be far from profitable.

Often, if it is sold as a genuine Kopi Luwak, the animal has been caged up and fed silly amounts of coffee cherries. Which completely defeats the point of the civet choosing only the ripe berries.

Nothing like a bit of animal cruelty to spice up your brew!

On a much cheerier note, Java is also the name of one of the world’s most popular computer programming languages. Unsurprisingly the symbol is a steamy mug of coffee. There is also Java’s counterpart which is Javascript.

Java is a programming language that is designed to be able to be run on any machine. For example, you could code an app on a Mac in Java, and have it run on an Android phone without any problem. This reliability is why it is used in millions of web apps. Its flexibility means that it is the language behind technology as niche as traffic lights. 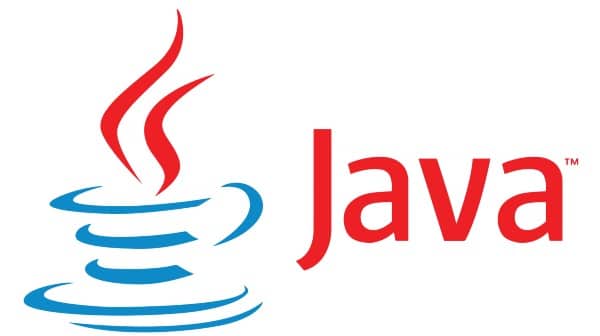 Why Is Coffee Called A Cup Of Joe?

So we know why coffee is called Java but how did it end up getting called Joe? “A cup of Joe” entered the lexicon in the 1930s but its origin is still a bit fuzzy.

Why Is Coffee Called A Cup Of Joe?

So we know why coffee is called Java but how did it end up getting called Joe? “A cup of Joe” entered the lexicon in the 1930s but its origin is still a bit fuzzy.

There are four main running theories as to how coffee became Joe.

The first story of Joe goes back to 2914, when the US Secretary of the Navy, “Joe” Josephus Daniels banned alcohol from all US Navy ships. Since coffee was the strongest drink available, sailors supposedly called it a “cup of Joe” in protest.

Historians doubt this story. Mainly because alcohol was not widely available on US Navy ships before the ban. So it probably wouldn’t have had much effect on Navy ships at the time.

While it might not be as popular a brand today as it once was, Martinson is a real classic coffee brand.

Martinson Coffee trademarked the term “Cup of Joe”, and what’s more, the company was founded by Joe Martinson in 1898. They marketed their brew as ”it’s the real Joe”.

While it might have just been a clever marketing ploy, simply because the company was founded by a guy called Joe, it is undeniable that Martinson Coffee spread the name Joe far and wide.

Whether Martinson Coffee coined the name or it was just clever advertising; they were absolutely present in the early 1900s to spread the name.

The last possible origin story for A cup of Joe is just a case of language evolving through a slang term.

Java Mocha coffee would sometimes be shortened to jamoke; which was a common nickname in the 1930s. With a bit more slang-language-evolution it’s easy to imagine how jamoke can be shortened further to plain old Joe.

As with many things; the truth is probably a combination of these different origin stories.

It could absolutely be the case that the Joe Daniels and Jamoke origins could have stirred up the name Joe. It would then make complete sense for Martinson Coffee to capitalize on an already familiar phrase and market it. Combined with the idea of coffee being Average Joe’s drink there would have been no stopping coffee from becoming named Joe.

There are so many synonyms thrown around by coffee drinkers and baristas alike but in the end, they all refer to the same delicious beverage. No matter what you call it; Joe, Java, Cuppa, Brew, Rocket Fuel, Bean Juice, Cup of Mud, I’ll guzzle it either way!

The History of Coffee – A Complete Guide Through Time