What is French Roast Coffee?

It is natural to assume that the French would be responsible for French roast coffee (given the name), but the origins of these coffee beans don’t necessarily take us on a direct route back to France. While many beans are described based on their country of origin, or the blend’s flavor, French roast is described by (drumroll) its roast.

So where did this roast begin and what makes it different from other beans? Sit back and we’ll tell you…

A French roast coffee is one of the darkest roasts you can find, but not quite the darkest. It is defined by its roasting method instead of its origin, which means a bag of French roast coffee may contain beans from any country around the world. The beans are roasted until the second crack and will look dark and oily in appearance.

You won’t taste many coffee notes in these French roast beans, but you will get smoky, bittersweet, chocolatey coffee flavors with less acidity than other brews.

So, now that we’ve covered the basics, we’ll let you in on all we know about French roast coffee… 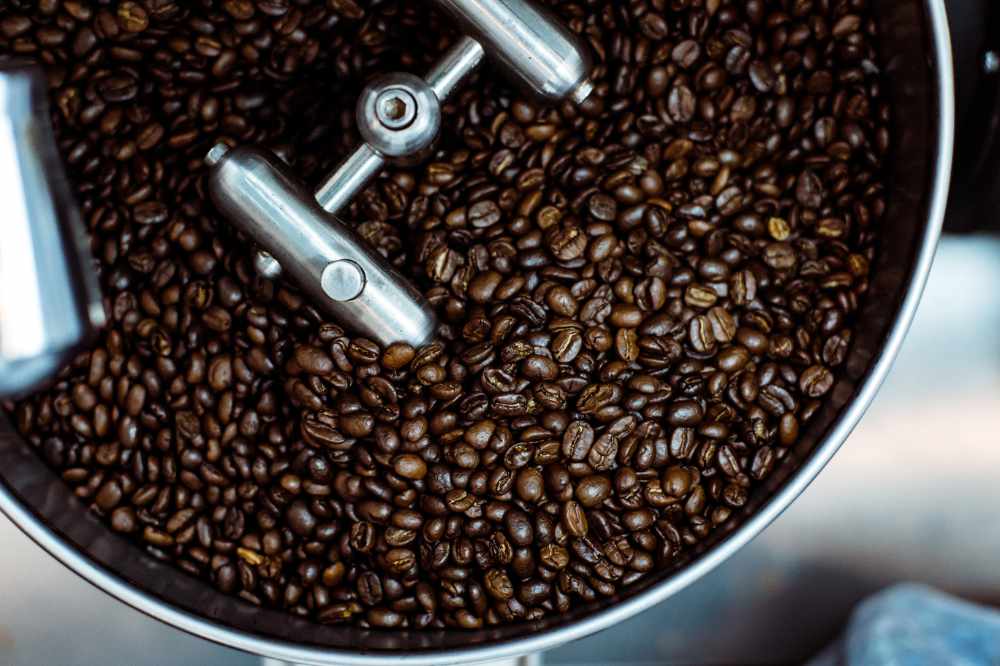 While the French get credit for many things, including French fries, French toast, and French roast, the French actually have nothing (or very little) to do with any of it. When tracing the French roast back to its beginning, we land in Europe in the 19th century. Coffee drinking had already become fashionable, and darker roasts were in style. Coffee-drinkers were looking for the darkest coffees available, and European roasters were happy to oblige.

The Vienna roast was dark, Italian roast coffee was a bit darker, but the French took the honors as having the darkest roast of them all. While no one knows for sure if the French actually came up with this roast level first, we’ll let them keep the title since they’ve held it for going on 200 years.

Modern-day companies such as Starbucks and Peet’s coffee kept in line with the dark roast trends, but today, many coffee-lovers are gravitating towards lighter roasts. Still, the French roast has never completely lost its fan base.

When you roast a coffee bean, steam builds up inside the bean, and the bean makes a sound like popcorn popping and then cracks. While light roast coffees are taken off the heat right after the first crack, a French roast continues to cook until the second crack, when the beans reach an internal temperature of 464 F (240 C). At this point, you begin to see the oils start to rise to the surface of the beans and they begin to turn dark chocolate in color. On the inside of the bean, you get some caramelization which leads to a rich and slightly sweet tasting brew with hints of chocolate.

Since the French roast stays much longer over the fire than other coffee varieties, they are a less dense bean and if you buy whole beans, you will notice they are larger in size than other roasts.

The French roast is a popular brew because it contains very little acidity and has a strong coffee taste. This roast tends to be more bitter than other roasts and has very little (if any) flavor nuances. You know the bean has been roasted improperly if it ends up tasting overly bitter, burnt, or thin. 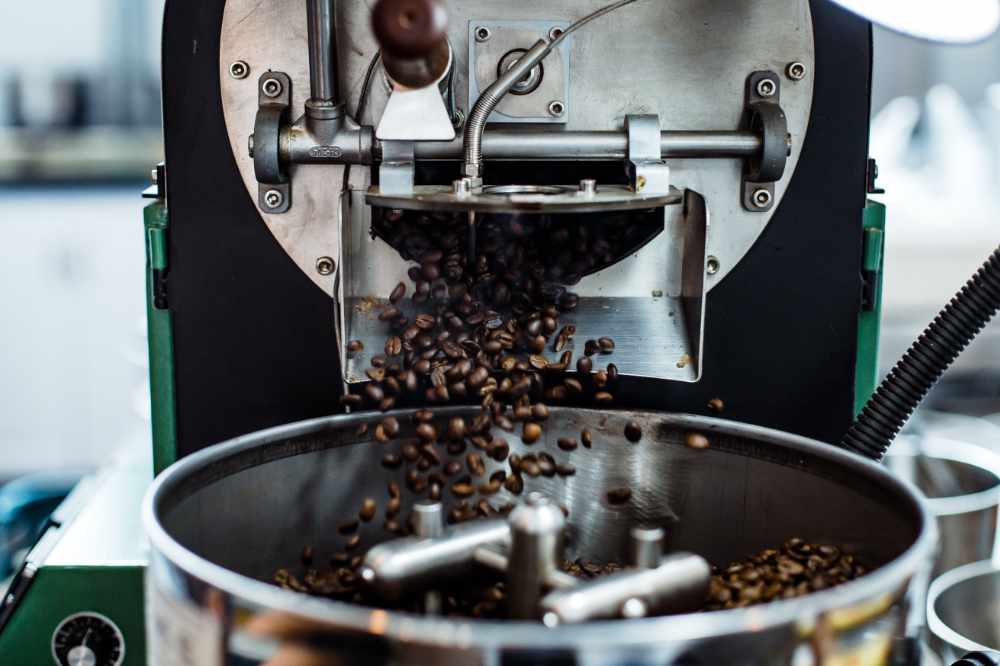 Will This Dark Roast Give Me More Or Less Caffeine?

This is a very important question and one that is a bit tricky to answer. The most common way to answer this question is to say simply that a light roast will have higher caffeine levels than a dark roast. This seems a little counterintuitive because the coffee made from a dark roast bean comes out looking …well, pretty dark. It also has a strong taste, which makes it seems like it should have a higher caffeine content.

But actually, we can’t equate a strong-tasting coffee with more caffeine because caffeine is a tasteless substance. Caffeine content has less to do with how a roast tastes and more to do with its density (i.e. how much coffee you actually use to make your brew). French roast coffee is roasted until its cell walls collapse and it loses much of its density. This means that scoop to scoop a light roast will have more caffeine because it is denser. If you weigh your coffee instead of scooping, this may level the playing field a bit.

Still, there is more to caffeine content than just the roast type. Many coffee experts say that how much caffeine ends up in your cup has more to do with your brew method than with your roast type. But this is another topic for another day…

How to Brew French Roast Coffee

So now that you’ve got your fair-trade Arabica French roast beans from your local coffee roaster (or delivered by Amazon to your doorstep!) how should you brew them?

Here are some tips to get the best coffee out of your dark roast beans.

French roast coffee beans have been roasted much longer than other beans, and this means they will be much more brittle when you go to grind them. It is usually safe to go with a coarser grind for French Roast since these beans can quickly turn to powder, clogging up your grinder. The coarser your ground coffee is, the slower the extraction process will be. And since French roast begins with very strong, smoky flavors, a slower extraction will allow you more control over your brew.

Darker roasts should be brewed at lower temperatures to make sure you get a good flavor and don’t over-extract your bean. The Specialty Coffee Association of America’s standard suggests 195-205 degrees Fahrenheit for brew temperature. Dark roasts should be kept much closer to the 195-degree mark for the best taste results.

Darker roasts are not the type of coffee you want to oversteep! If you are brewing a French roast using a French press (to just keep the theme here), you can st