I have been planning to get out travelling around the world for the last five years now. I love good food. One food-stuff I have been desperately looking forward to trying has been Vietnamese Egg Coffee. Called ca phe trung, or cà phê trứng, in Vietnamese. In the midst of the Covid lockdown, without a hope of travelling, I decided to bring Vietnam to my home.

Because condensed milk is actually the main ingredient, other than coffee, a Vietnamese Egg Coffee tastes much more like coffee flavored condensed milk. The egg component is only egg yolk and it is whipped with the condensed milk to make a light, sweet, delicious, frothy, creamy topping for your brew. It tastes similar to tiramisu.

I have never made Vietnamese egg coffee, or tried it, before in my life. Turns out it is actually very easy to make. So I think I nailed it in my first attempt. It might not have been perfect, but it was definitely far Above Average. 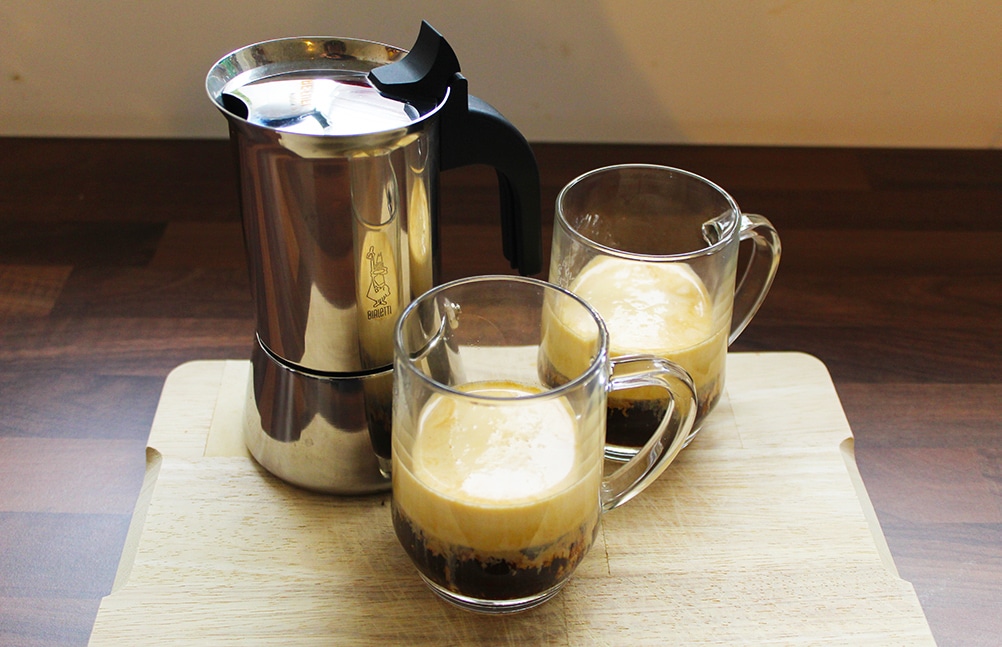 At first, egg coffee can sound a bit unappetizing. For me the first picture that came to mind was a fried egg dunked into a mug of drip coffee. Delicious.

I think it might be easier to pitch it to the uninitiated as, “a sweet coffee called ca phe trung”. You’ll definitely get a better response with that. Especially with picky eaters. If you must tell them there is egg in it, leave that out until they have at least had a sip, or a whole mug.

Just to be completely clear here, it doesn’t taste anything like egg. It is sweet, thick, creamy, and delicious.

The History of Vietnamese Egg Coffee

Egg coffee has the reputation of being an extravagant, luxurious, signature coffee of Hanoi, Vietnam. Interestingly, the magical brew was born out of a shortage of milk in Vietnam, caused by the French War (also known as the First Indochina War).

Nguyen Van Giang was the genius behind the Vietnamese egg coffee. He hatched his idea in 1946 when he worked as a bartender in a hotel and had no milk to serve with coffee. He whipped up some egg yolk with sweetened condensed milk and used that as a milk substitute.

Guests at the hotel loved his new coffee. His new signature brew was so successful that Giang went on to start his own coffee shop.

Giang’s coffee shop is called Café Giang. It is still running today with his son at the helm of the business. They are still serving the brew, made to their own secret family recipe.

This is the recipe I followed to make two mugs of sweet, frothy, coffee nirvana. 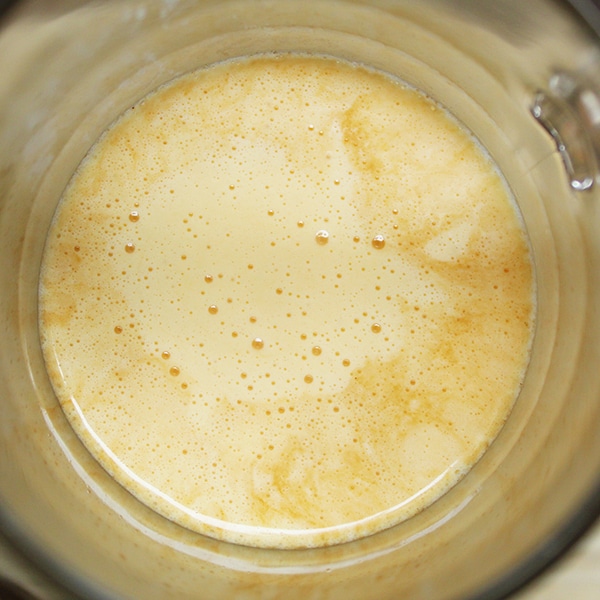 It doesn’t take much to make ca phe trung. Just three ingredients, and one of those is fresh coffee.

First, I set up my moka pot so that it was on the store and ready for me to just add heat. You can use absolutely any coffee you like for own Vietnamese Egg Coffee be it drip, French press, or espresso. I think you want a strong, concentrated, coffee taste in the mug; so espresso is my choice. 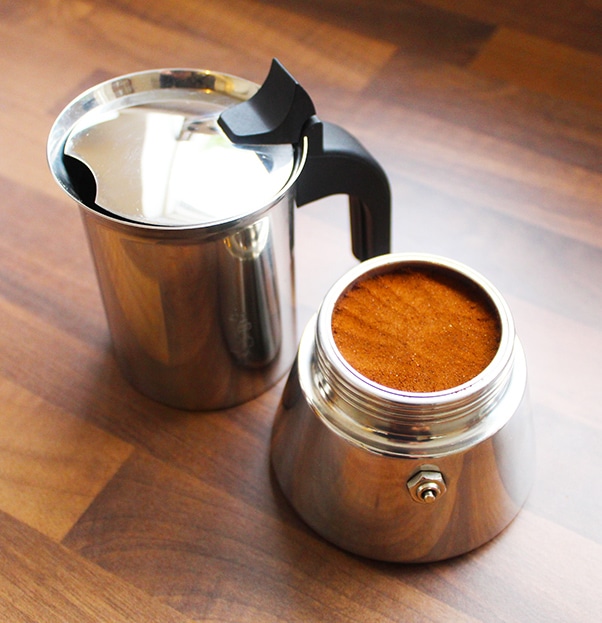 To begin making the sweet frothy goodness, begin by cracking an egg and separate the yolk from the white. To separate it, I get two bowls, crack the egg, but don’t drop the contents out the shell. Keep the yolk in one half of the egg shell and let the white gently fall out into on of the bowls. If the yolk does start to slip out, gently catch it with the other shell half. Drop that yolk in the second bowl. 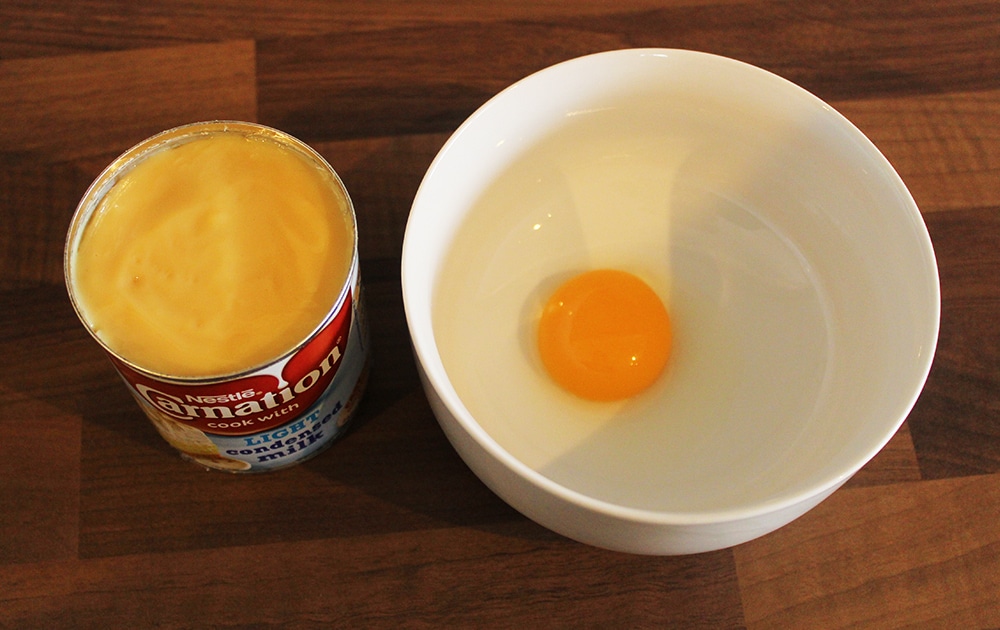 I didn’t use the egg white in the coffee, but I did use it in my breakfast. Scrambled eggs. You could even use the leftover whites in a meringue.

Measure out four tablespoons of sweetened condensed milk into the yolk bowl. The stuff is thick, so it might help to use a butter knife to scrape the excess off each spoon measurement. Don’t forget to lick the spoon. 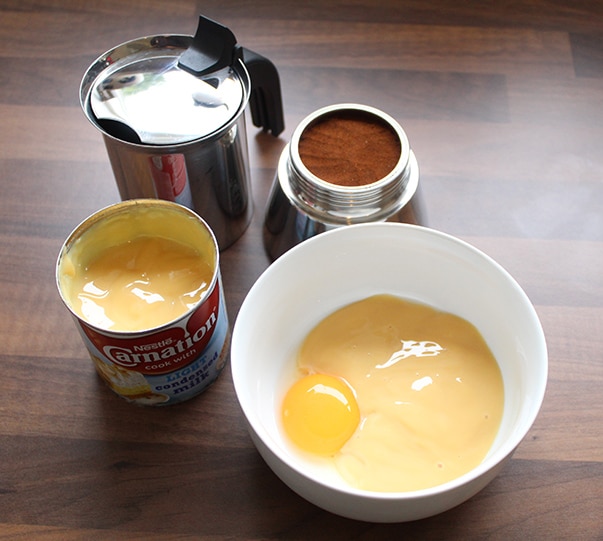 The next step is to whip the yolk and condensed milk. Luckily, I have an electric mixer in the kitchen so I used that. You can absolutely whip it up by hand, it’ll just take more effort.

You want to whip it until there are lots of tiny bubbles in the surface. You will get soft whipped peaks forming when you let dribbles fall from your whisk back into the mix. The whole mixture volume should roughly double. 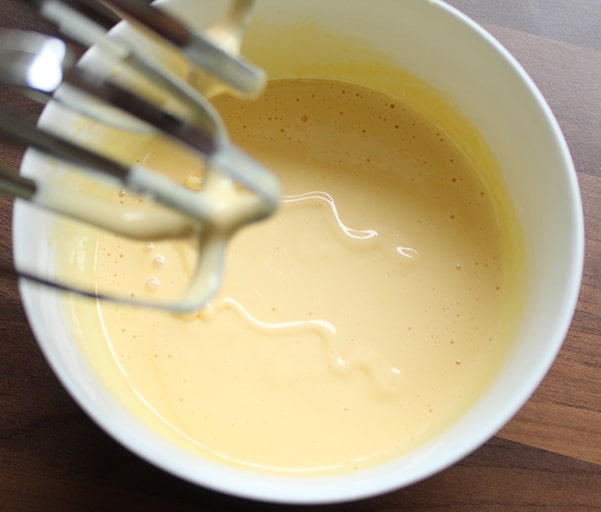 Just as I was almost satisfied that my condensed milk egg mix was completely whipped, I turned on the stove to start heating up my moka pot.

Make sure your coffee is ready in time for the condensed milk egg mix being completely whipped.

Once your egg mix is whipped and coffee brewed, there is nothing left to do but spoon, or pour, you egg mix into the coffee. 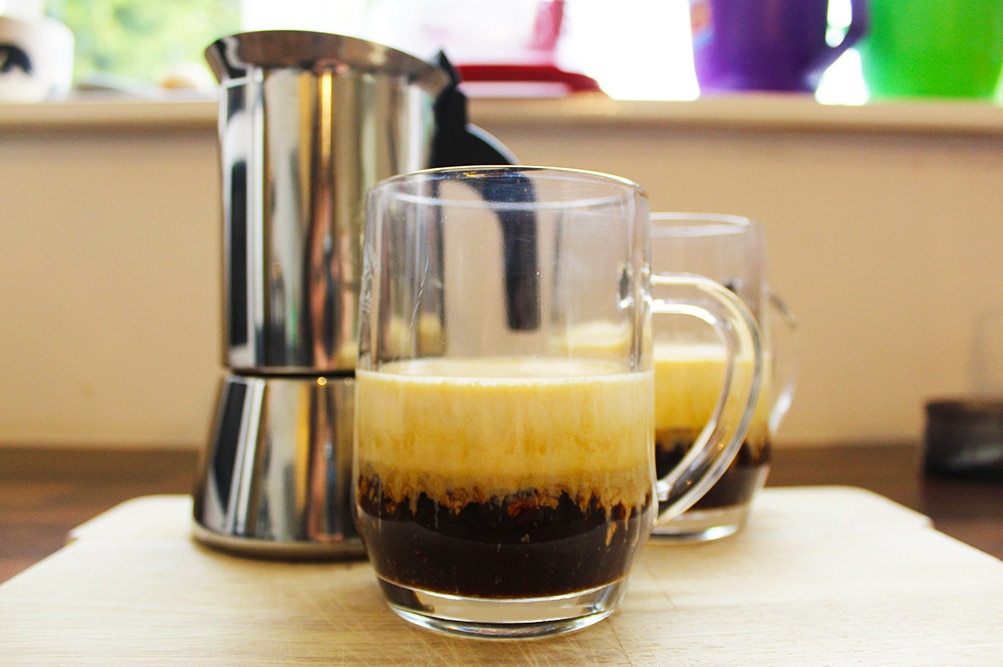 When In Rome, Or In This Case, Hanoi

Vietnam is one of many countries I am determined to visit. If you are ever visiting Vietnam, and Hanoi in particular, make sure that you don’t miss the opportunity to try a Vietnamese Egg Coffee made by the family that created the historic drink itself.

We can absolutely recreate ca phe trung at home. We can certainly make an Above Average Coffee, but the original will always be best.

Other Types of Egg Coffees

Ca Phe Trung is not the only egg coffee in the world. Giang absolutely invented an amazing coffee but it’s not completely unique.

More About Vietnam and its Food

My love of Vietnamese food was first sparked by a restaurant which was ner my old student flat in Glasgow. This restaurant was called The Hanoi Bike Shop.

If you are ever visiting Glasgow, make sure you get a meal at the Hanoi Bike Shop. The restaurant made me realize there is such a wide variety of delicious Vietnamese food. Vietman do so much more than Pho.

Since eating there, Vietnam has been a major country on my bucket list. Being able to whip up some Vietnamese Egg Coffee has only reignited my love of Vietnamese food and my travel itch.

Why Try Using Evaporated Milk Or Condensed Milk In Your Coffee