Your Complete Guide To Refrigerating and Reheating Coffee

This morning I made a particularly big pot of coffee. I mean huge. The thing was full. The drip machine couldn’t have made anymore in one go.

After we had drank our massive cups of coffee. The stuff leftover in the pot was forgotten. My fault and an absolute waste. It got me thinking though; does it have to be a waste? Can we refrigerate and reheat coffee? How do we do it right?

You can reheat coffee, and you can refrigerate brewed coffee. But when you reheat it the taste is going to change you just have to accept that, you need to heat it up slowly on the stovetop for the best results or use a microwave to heat it up as a last resort.

Big-time coffee connoisseurs will also say not to bother trying to reheat it.

Now look I love coffee, but I’ve had leftover coffee from Starbucks that I’ve not wanted to waste. I put the latte in a pan on the stovetop and slowly brought it up to temperature, and it was fine. It wasn’t amazing but it was better than wasting it! Besides there aren’t any coffee shops near me so it’s a treat. So espresso drinks can be reheated too.

I tried just turning the drip machine back on so the hot plate would warm it up. It tasted terrible. There must be a trick to this, but what is the best way to reheat coffee? 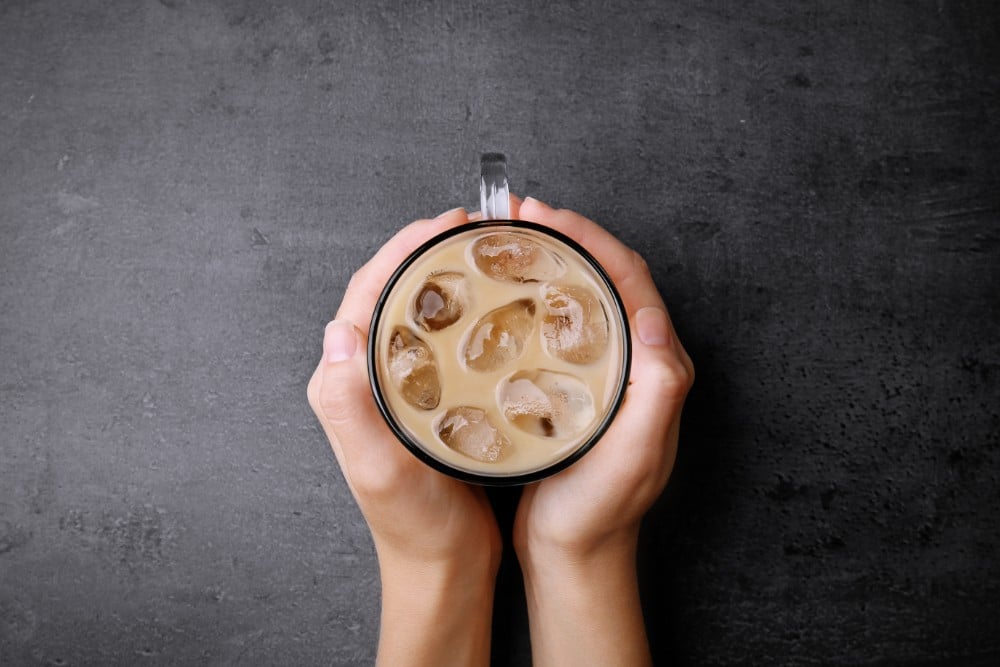 The first thing is first. To solve a problem you’ve got to understand it.

The thing that is changing the flavor is a natural chemical reaction called oxidization. Oxygen in the air is reacting with compounds in the coffee. So it changes the flavor.

While oxidization cannot be completely stopped it can be slowed down. How? Give the coffee less oxygen.

What Is the Best Way to store coffee?

Store your cup of joe in an airtight container in the fridge. Try to fill it up as much as possible to limit the amount of air in the container.

Better yet, a bottle would be the best thing to store your excess coffee in. Fill it right up to the neck, that way there is less coffee-surface in contact with any oxygen at all. That’s why wine is stored in bottles.

Seal that sucker up and stash it away in the cold. The sooner you store it the better.

Why can reheating coffee make it taste bad?

Believe it or not few-hour aged coffee can taste weirder. If you make a mess of reheating your java it’ll get bitter and that lovely coffee aroma will just be gone.

Too much heat, and heating it too quickly, will cause the lovely compounds that make coffee taste like coffee to break down. If it gets that bad you should probably just brew a new mug.

How well your coffee reheats will depend on quite a few different things.

So your mileage may vary.

Reheating coffee in a microwave

Using a microwave to reheat your cup of coffee was the most obvious idea to me. Tried it. Took a few attempts to get it right. It’s probably the trickiest method.

You’ve got to heat it up low and slow. Take your time.

A microwave loves to just blast stuff to roasting. Especially your mug itself.

First, make sure your mug is safe to be used in a microwave.

Don’t have the power on full. Set it more to medium. Give it an initial 30-second throttling and give the mug a feel. Maybe dip a pinky in if it’s not steaming.

Is it still morbidly lukewarm? Give it another 30.

Is it starting to think about getting toasty? Give it another 10 seconds at a time until you like the heat. Rinse and repeat.

Microwaving coffee is the easiest way to reheat it even though it’s not the tastiest.

Reheating coffee on a stove

Using a stove or a hob is much easier to get right than using a microwave. It’s much more controlled but it’s also slower.

There are just two tricks to it. Use a low/medium heat and keep gently stirring it. That’s it.

When it starts to steam you’re about there. Just don’t let it boil.

I found this to be the most effective way to warm it up.

Have you ever melted chocolate before? You get a bowl (pyrex is best) and put it on top of a pan of water so the base of the bowl is in the water. Dump your chocolate in the bowl, sit the pan on your stove, and watch that chocolate turn to liquid magic.

Reheating coffee like this is certainly the slowest method but it works the best. It gives you much more control over the heat and makes it pretty hard to destroy the brew.

What is the best temperature to reheat coffee to? 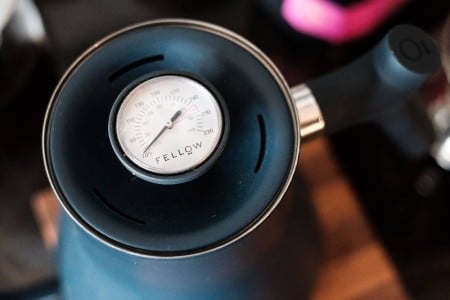 If your coffee machine does all of the warming up for you then you never have to think about how hot your coffee is when you’re making a fresh cuppa. When you’re reheating it you’re completely in control of the heat.

Too hot you ruin it and boiling hot joe is dangerous too.

The ideal temperature for coffee is an age-old debate in the coffee world.

You would usually get a fresh brew somewhere between 160F to 180F (70C to 80C). By the time you get it in your mug, let it cool a little, then start drinking. It has cooled a bit.

Edge on the side of caution and aim more for 140F (60C). If nothing else you’re less likely to break down the flavor and aroma.

How not to reheat coffee

So we’ve looked at how best to reheat your mug o’ mud. Just to be crystal clear there is only really one big no-no.

It has to be low and slow. Don’t rush it. Don’t try to just blast it with heat. That will certainly ruin it.

Heat it slowly and evenly. That’s the secret. Don’t just nuke it until it boils in the microwave.

And if it’s been in a styrofoam cup then just throw it out there’s no saving it no matter what period of time or how low the temperature of it is, there’s nothing that can be done for that cold cup.

Is it ok to reheat coffee if it is a day old?

There is no health hazard with using day-old coffee. It just won’t taste particularly great.

If you are okay with that salty, bitter, lingering then plow on ahead, you masochist.

How long can I store my coffee?

If you get your coffee sealed and stored quickly then it can easily last for up to a week in your fridge.

It can last for weeks in your freezer.

Try Make It Into Iced Coffee Instead 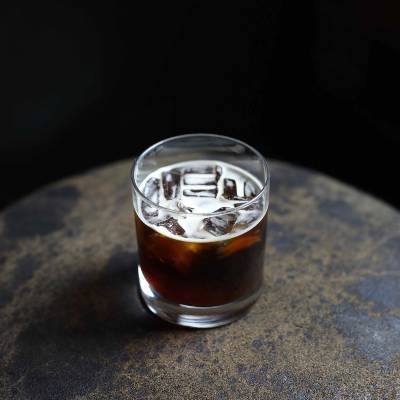 Not fussed about the heat? Just drink it cold. It’s not been brewed cold but it’s a cold brew now! On that, did you know you can reheat cold brew?

By just skipping warming it up you’re going to have it taste better because you’re avoiding risking breaking down the magical flavors and aromas.

Especially if you’ve taken the care to store it in a bottle then you are ready to just glug it.

Or pour it over ice with a little flavored syrup and you’ve got an iced coffee!

While freezing a load of coffee to store it is the perfect way to make it last longer there is a secret in the cold brew world. Coffee ice cubes.

Freeze some coffee in an ice cube tray and use the coffee cubes in your cold brew. You absolutely will not be disappointed.

What about storing coffee beans themselves, or even ground beans, in the fridge? It makes sense. Well, turns out it’s not a great place to keep them.

Even if you store your beans in an airtight container in a refrigerator the moisture does not do them any favors. What’s more, you will be surprised how the aroma of other food gets into those beans.

It’s not worth it.

Coffee beans are best stored in a cool, dry, place. Just keep them in your kitchen cupboard or pantry.

A common thing people do when using something like a drip machine is just keeping the bean soup over the heat. Really, once the coffee is brewed it is best drunk sooner rather than later.

If you really want that brew to stay warm longer you could try keeping it in an insulated flask like a Thermos or a Hydro Flask.

I put milk/creamer in it, how long can it last?

While milk goes wonderfully in coffee it does reduce its lifespan.

If you’ve already put milk in it but won’t use it get it in the fridge within the hour. It might last as long as a week, depending on your milk, but best use it within a couple of days.

Has my coffee gone bad?

Does it smell sour? Lumps? Mould?

If you don’t like the smell of it, just throw it away, don’t risk it.

Another Use For Coffee

Lastly, I’m sharing one of my secret ingredients for my amazing brownies, cookies, and cupcake recipes. It’s so simple. It works with any recipe you already have

Wherever the recipe calls for water, just replace it with that amount of coffee.

Don’t ask questions. Just do it. You’ll thank me later.

Bonus: try it in a cocktail too.

In the end, it’s best to make a fresh cup

If you don’t like cold or reheated, coffee doesn’t feel like you need to find a use for the leftovers.

Yes, my parents and grandparents said “waste not, want not” to me too. Don’t force yourself to drink something you don’t like. Coffee exists to be enjoyed.

At the end of the day. You can always just make another fresh brew.

And if hot coffee is what you’re after then check out these reviews of the best coffee makers that keep coffee hot. Now you can keep your coffee pot hot for longer and at the very least enjoy your coffee warm after a few hours. The worst-case scenario it’s room temperature which still beats stone cold coffee.

Can You Freeze Coffee Beans and Grounds (Here’s How You Should)
Can You Froth Creamer?
How Long Does Cold Brew Coffee Last?