Heavy Cream In Coffee (Let Me Convert You)

I have just made a monumental discovery. With my excitement, I took to the internet, and turned out I wasn’t the first to make this discovery. I can’t see me putting anything else in my coffee for a long time.

You absolutely must try heavy cream in your coffee. It is rich, decadent, and compliments the coffee flavor perfectly. Are you using milk, or even worse, creamer in your coffee? Heavy cream has no refined sugars and is full of healthy fats and vitamins!

Heavy cream is the thick fat which rises to the top of the vat during the milk manufacturing process. When the manufacturers sell this fat on its own, it is sold as heavy cream. When they sell it with milk mixed in, it’s called half and half. 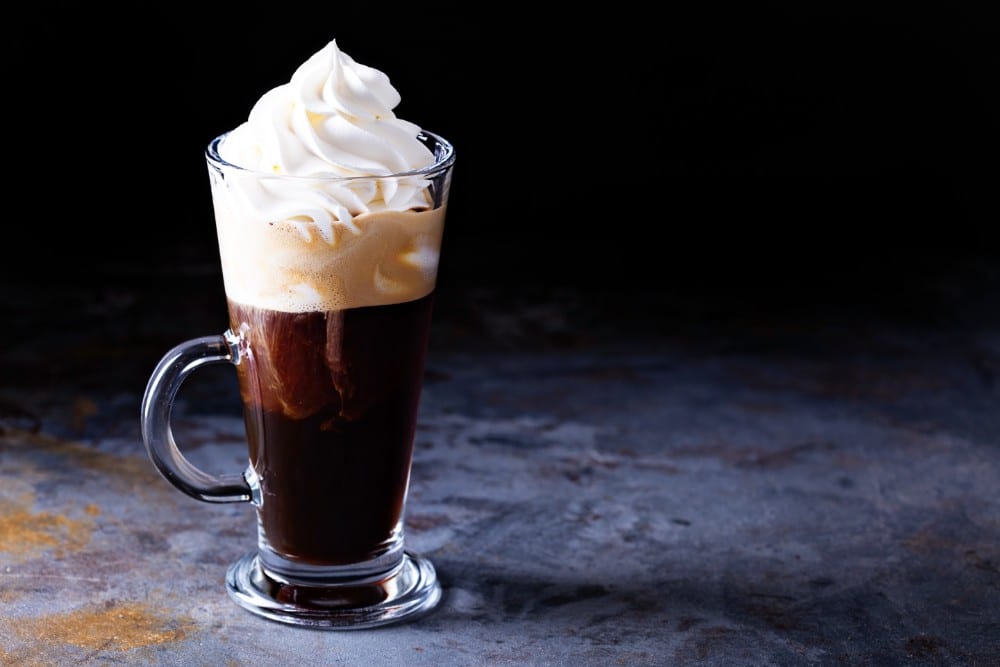 Lets start off by comparing two polar opposites of the dairy spectrum.

Non-dairy creamer is called non-dairy because it doesn’t contain lactose. It does still contain milk proteins. They also contain sugars, sweeteners, vegetable oils, preservatives, and who knows what else. It’s kind of like synthetic milk. It’s very processed.

Heavy cream on the other hand is chock full of healthy fats, vitamins, and has near-zero sugar.

In my opinion, a creamer certainly does milkify your coffee, but it gives it the strangest tang. I can’t quite put my finger on it. It makes me feel like I’m putting plastic in my coffee.

I hope I’m putting you off creamer. I’m trying to. It’s nasty stuff.

Milk was always my go-to. I will put milk in tea too. Not to mention cereal wouldn’t be the same without it.

Imagine that lovely smoothness milk gives to coffee. Now imagine the coffee thicker and richer. Where milk compliments the flavor of coffee, heavy cream put coffee on stage and tells the whole town how great it is!

Heavy Cream vs Half and Half

Half and half is wonderful stuff. I kicked myself for not discovering half and half sooner. A friend told me to try it and I wondered where it had been all my life.

Heavy cream has caught the attention of the health and fitness world.

If that seems strange, something that is chock full of fat, being chosen as a healthy thing; then I have news for you! This might sound weird; fat doesn’t make you overweight. Fat is a crucial part of your diet; both saturated and unsaturated. The confusion comes from having too much of something in your diet, especially sugars.

One style of diet which particularly focuses on eating healthy fats, while minimizing processed sugars, is the ketogenic diet. Now before I go any further, I am not necessarily saying to try a ketogenic diet, it might not be for everybody. Everyone is different, what works for someone might not work for someone else. I’m getting off track here.

My point here is that heavy cream is actually an excellent source of healthy fats. Unlike a creamer, it has almost no sugar, certainly no refined sugars, so you will not get a sugar crash after drinking your mug of heavy cream coffee!

Health Benefits of Heavy Cream In Your Coffee

Lactose is a sugar found in milk. It is also one of the most common allergens in milk.

Are you only mildly lactose intolerant? By that, I mean, are you ok with small quantities of lactose?

So if you’re only slightly intolerant to lactose you might just be fine with the small amount of heavy cream you would put in your coffee.

The carbohydrate content is mostly due to its lactose content. One ounce of heavy cream has about 1 gram of carbohydrate.

On the flip side, heavy cream is mostly fat. One ounce of heavy cream contains about 11.2 grams of fat.

So each ounce of heavy cream has 11.2 grams of fat for every gram of carbohydrate it contains. You can see why people following a ketogenic diet like heavy cream!

Heavy cream has lots of vitamins! With that said, you really won’t be getting your daily amount of anything in the little dollop you will put in your coffee.

Fats are calorie-dense. They are also what makes up the majority of the calories in heavy cream.

One ounce of heavy cream will contain 104 calories. You will not want as much as that in your mug of joe. Half would be more like it, a tablespoon, that would put 52 calories into your coffee.

The Wonderful Ways To Have Heavy Cream In Your Coffee

So you might now be thinking,heavy cream sounds great, but how do I have it in my coffee?

Not to worry! There are some wonderful ways!

This way is just fun. Heavy cream is the go-to cream for making whipped cream for deserts. A better use is to dollop some whipped heavy cream on your coffee!

Brew your mud up any way you like and dump a lump right in there! Sounds appetizing, right?

There are a few variations on bulletproof coffee out in the world and here is another to add to the mix!

Usually bulletproof coffee is a coffee with butter and coconut oil, and sometimes with MCT oil. It’s full of healthy fats, and I can confirm, it does give you a kick up the ass with plenty of energy!

The only difference here is you add heavy cream too!

Either swap out the butter or use all, butter, coconut oil, and heavy cream in equal amounts.

One caveat to bulletproof coffee is you really need to mix it up in a blender. I tried using just a fork, even a whisk, it really needs some hard mixing. Definitely opt for a blender here!

Just Throw It In! (The Lazy Way)

Heavy cream does need mixed in. That stuff likes to clump together!

I absolutely recommend mixing it up with a blender but I suppose if you don’t mind a chunky coffee you could just drop your heavy cream in there. You might just like it that way!

I like to mix it up in a blender but it does take a bit more effort to get that big thing out of the cupboard. It’s delicious. It’s also my favorite way to have heavy cream in my coffee.

The tastiest dairy products are grass-fed and organic. I realize this is a major luxury to both have this stuff in my shops and to be able to afford it; but truly, it is tastier.

If it’s an option to you, you will not regret opting for an organic grass-fed heavy cream for your cuppa. It just takes it up a notch.