A cup of coffee can appear in many different forms. When you go to a coffee shop, the menu is usually longer than your arm with different types of coffee mixed with all sorts of ingredients. Thanks to Starbucks, the espresso-based Macchiato has become a popular choice at most coffee shops now.

When you order a macchiato, the barista uses the milk frother to create a very bubbly, textured milk to layer with your espresso. It’s creamy and decadent and it still boasts a strong coffee flavor.

A macchiato has rapidly become one of my favorite coffee drinks to order but I do love to mix it up with a latte or cappuccino from time to time. I have to admit, I had become so familiar with the common items available to order that I had actually stopped reading the menu when I entered a new coffee shop. 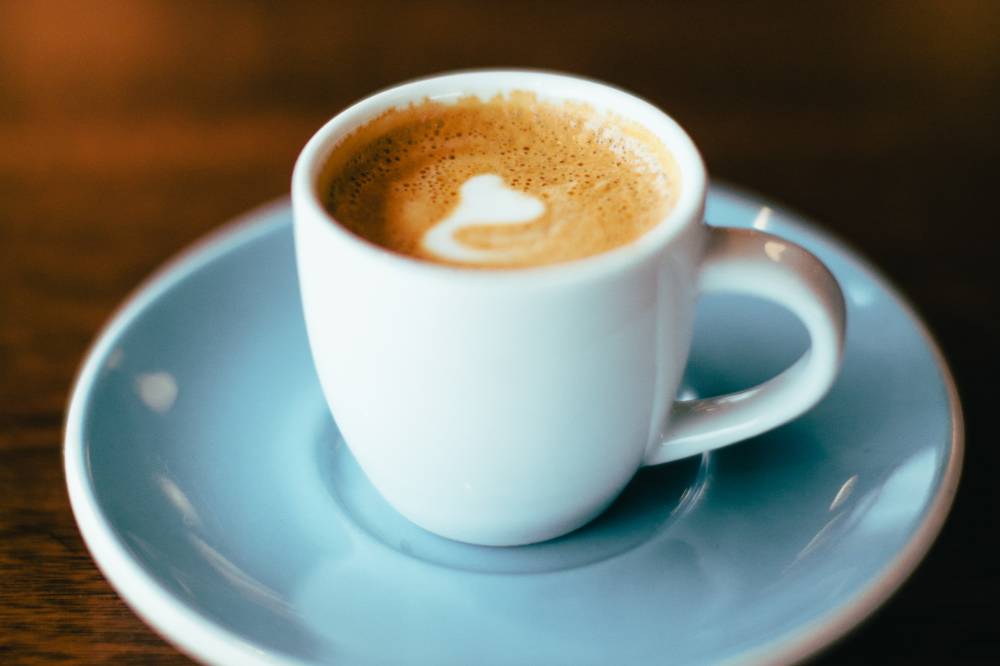 This all changed when I entered a small local cafe that I hasn’t been to before. There was a short queue so I joined the line and, out of boredom, picked up a menu to browse. I could see all the usual coffee drinks listed but hidden in there was a word I was unfamiliar with. A cortado.

Of course, I had to order this as I needed to know more about this unfamiliar kind of coffee. It was a really delicious drink, dark and creamy and this inspired me to find out everything I could about it.

I set out to compare my usual macchiato with the cortado to discover how these drinks are similar and where they differ. What is a cortado and what is a macchiato, how are they made, and which one is the best choice for a daily buzz of caffeine?

A cortado is a coffee drink of Spanish origin and it is equal parts espresso and steamed milk. A macchiato is an Italian coffee drink and it is made from espresso topped with milk foam. This gives it a stronger coffee flavor and airy texture whereas the cortado is smoother and more creamy to drink.

That’s the quick answer but to find out more about these two coffee creations and which one is right for you then read on. Here’s everything you need to know about a cortado vs a macchiato. 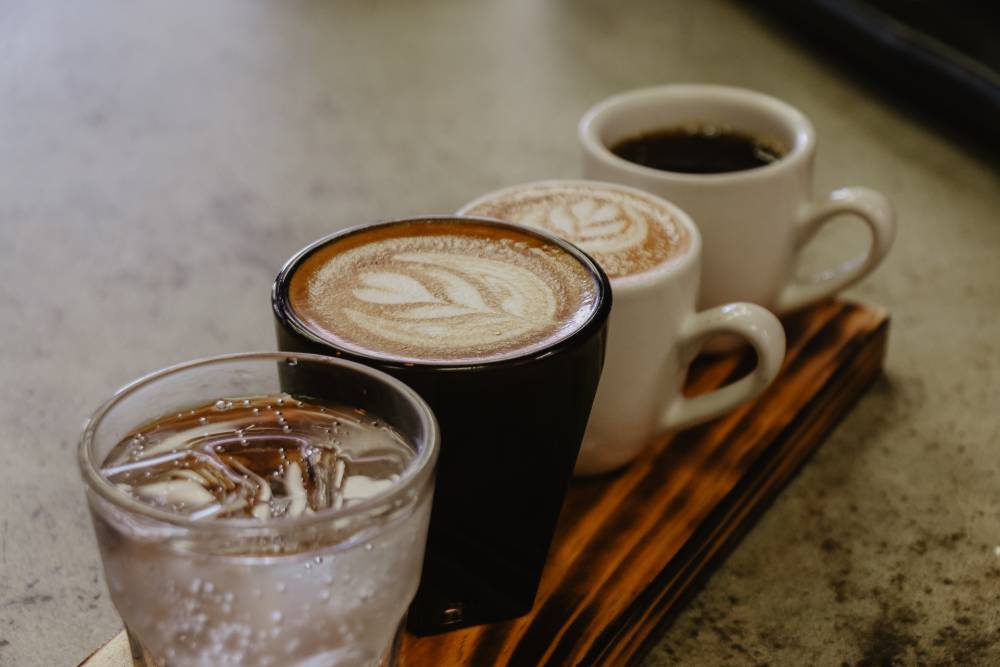 What is a Cortado?

A cortado coffee (or cortadito) is a Spanish drink. It’s sold in coffee shops all over Spain, especially in Madrid. The word cortado comes from the Spanish word cortar which means to cut. So literally, it’s coffee cut with milk.

The drink is made with espresso coffee as the base and equal parts of milk are added to finish. Frothed milk is used but just the liquid portion, no foam is added on top like a cappuccino or latte. The warm milk helps cut through the acidity of the coffee but the 1:1 coffee to milk ratio means that the strong coffee flavor is still present.

It’s often served in a demitasse cup which is a small cup used for serving espresso.

What is a Macchiato?

Macchiato is a drink that’s Italian in origin. It contains only a tiny amount of milk foam on top. Once the espresso is brewed a dollop of milk foam is layered on top. The small amount of milk slightly sweetens the coffee but doesn’t compromise any of the strong coffee flavors.

The traditional macchiato is made in the espresso manner but major chain coffee shops like Starbucks have adapted the recipe a bit. Drinks like the caramel macchiato are actually more similar to a latte than original Italian coffee. 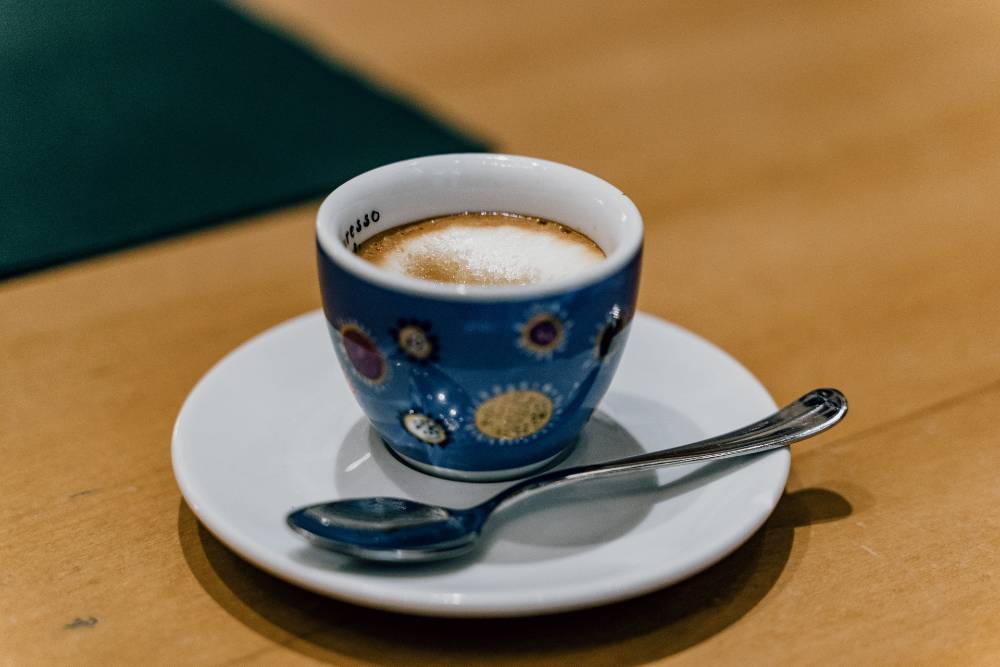 Espresso drinks are based on a very concentrated form of coffee. The espresso originated in Italy where brewing coffee with pressure was first tried. The idea is that the pressure combined with hot water helps extract a fuller spectrum of coffee flavor and aroma.

It creates a much more concentrated extraction so the coffee is thick in texture and resembles melted honey. The pressure also acts to emulsify fats in the coffee beans and whips them up to form a layer of crema on top of the liquid.

To brew this kind of coffee a real espresso machine is needed to create at least 9-10 bars of pressure. It is brewed over 25 seconds and is served as a single shot of espresso so that’s 1 ounce (25ml) or as a double shot of espresso 2 ounces.

Both the cortado and the macchiato start out life as an espresso. The real difference comes from the foamed milk. 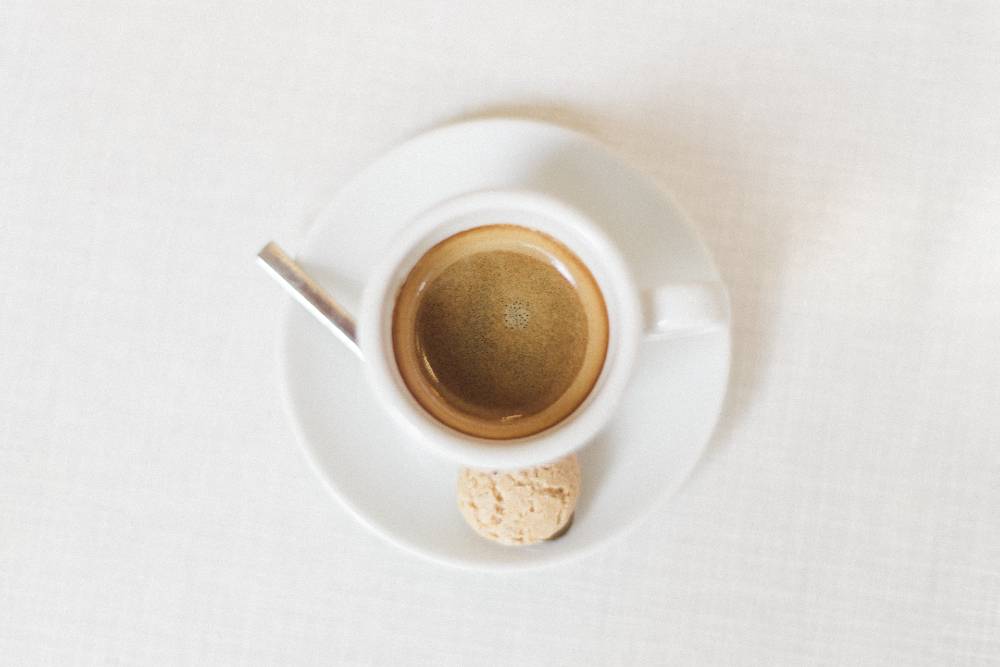 The milk used to make both of these drinks are made using a steam wand. This device ejects steam under pressure into cold milk. This acts to aerate and heat the milk simultaneously. The steam creates microfoam to create textured milk. This gives it a thick mouthfeel and smoother taste that pairs very well with the rich flavors of the coffee.

The ratio of espresso to milk has a big impact on the flavor of each of these coffee drinks. The cortado has an equal amount of milk compared to coffee so it boasts a smooth, sweet flavor that balances any bitterness in the coffee. It’s packed full of flavor but in no way overpowering.

The espresso macchiato has a much more intense flavor due to the higher volume of coffee compared to milk. The majority of the taste comes from the coffee flavor but the milk adds a mild sweetness.

A cortado is all liquid. The milk is not highly texturized so it’s smooth to drink. It is heavy like cream and coats your mouth with flavor. It’s super sati