What Is A Caffe Misto? – The New Starbucks’s Drink VS A Latte

As Usual, Starbucks is leading the way for new coffee trends and fads.

Or it seems that way…

And Caffe Misto is their latest addition to that.

A Caffe Misto is a coffee that’s made with equal parts drip coffee and steamed milk. It’s usually made with stronger dark roast coffee so the flavor is tasted through the milk.

If you buy one in a cafe it is generally cheaper than a Latte while being fairly close in flavor and style, making it a great choice for the budget-conscious coffee drinker.

And if you’re going to make it at home that darker roast is important, because a 1:1 ratio of coffee to milk really dampens down the coffee flavor and you want a nice rich taste to be able to punch through that for a really great coffee.

So looking out for Dark roast, or French roast when you’re buying your coffee is a good idea.

And while this is another milky coffee drink, what makes it different from a latte? 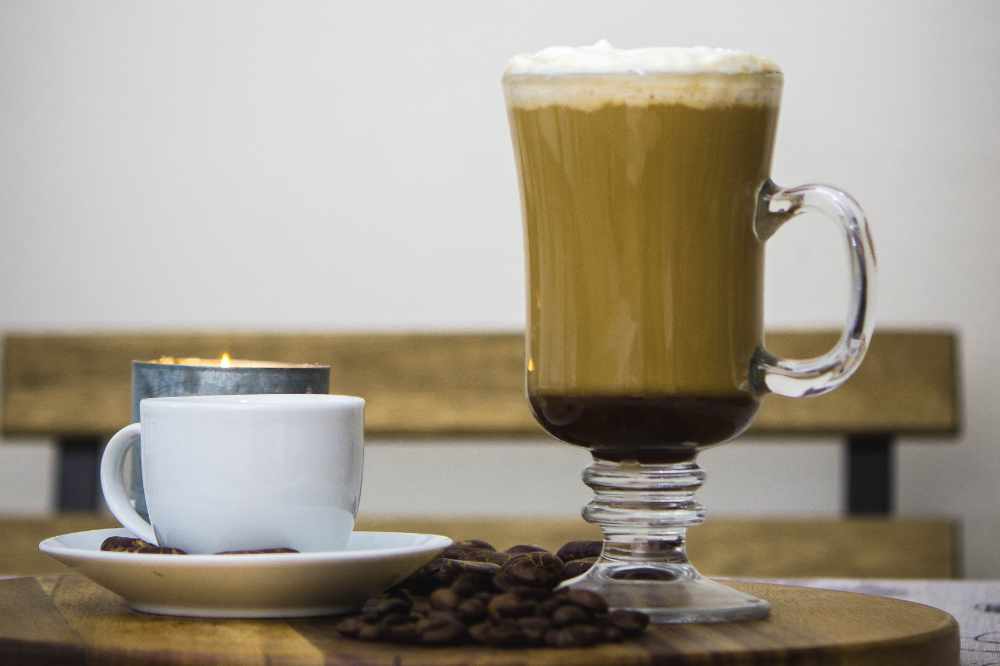 Caffe Misto vs Latte – The 4 Differences

You could be forgiven for thinking these are the same drink, and I’d even forgive you if you thought they tasted the same because they’re pretty dang similar.

Anything beyond that is getting into the weeds a little more…

But that happens to be exactly where we’re going!

1. Caffe Misto Is Made With Any Filter Coffee 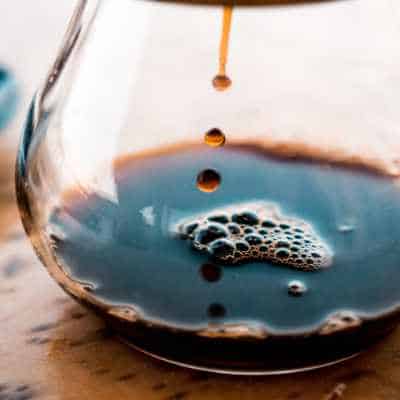 Usually, you’ll find that a Caffe Misto is made with a drip coffee maker, it’s easy, it’s on hand and it’s tasty.

But in truth, any form of making coffee that you add frothed milk to will become a Caffe Misto rather than a latte. Even the cappuccinos I make in the morning with my Moka Pot and milk frother should really be called Caffe Mistos because to be a latte they must be made with espresso.

Luckily, it doesn’t really matter. My homemade cappuccinos will continue to be called that and like everything in the coffee you can make on your own, you don’t have to stick to the hard and fast definitions.

You could even use pour over coffee to make a Misto! There are no rules! Although fresh coffee beans are always a good shout…

2. The Ratios Are Different

Because that ratio waters down the coffee in a big way so you want a nice strong coffee to be able to punch through it.

This is why French Press can be a really good idea if you’re making it at home, it’s generally got a much thicker and heavier taste which balances really well with warm milk which tends to be sweeter than cold milk.

Meanwhile, a latte is usually 1 part espresso to 2 parts milk, but that varies from Caffe to Caffe because everyone has their own formula and recipes for the different types of coffee.

But you’d never get it as a 1:1 ratio of espresso to milk, that would just be too strong for most people and is actually called a cortado.

Too many choices right? 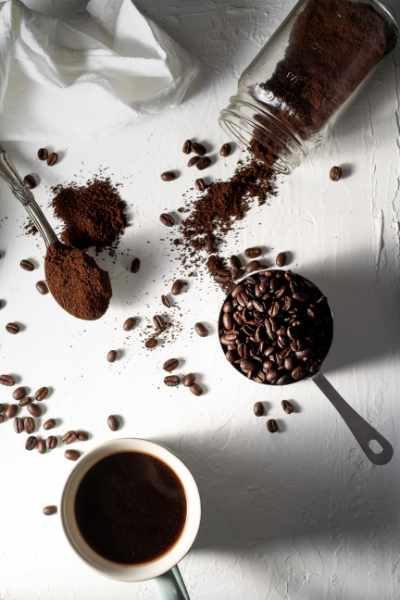 This is always a surprise to me, because an espresso is meant to be the strong choice, what you’d order if you needed a big pick me up.

But in terms of milligrams of caffeine black filter coffee usually wins, because you can and will drink more in a single sitting. You’d never order 4 espresso shots but you might drink a very large black coffee.

So again with the Caffe Misto, because it’s half brewed coffee and half milk, you actually get more coffee into your cup leaving you with a stronger drink.

A grande Starbucks Caffe Misto (16 fl oz) will have around 150mg of caffeine compared to 112mg in a grande latte, according to the Starbucks website.

And the Misto has even more caffeine in a Venti sized compared to a Latte because both a Grande and a Venti latte are made with 2 espresso shots.

If it affects you the same as espresso I couldn’t say but there the Misto has a higher caffeine content.

But for an even bigger boost, you could add an espresso…

4. You Can Get Extra Espresso In Both

A double shot latte is no big surprise, a fairly standard choice amongst those who like staying up to late and then have coffee in the morning.

But an espresso in a filter coffee? Yes, it’s a thing.

It’s called a Red Eye coffee and is one of the more intense coffee experiences you’ll ever have, but it is a real thing and if you wanted a big boost you could in fact put a shot of espresso into your Caffe Misto.

5. Lattes have latte art on them

A caffe misto is made with steamed milk the same as a latte, but there isn’t that thin layer of foamed milk on top that gets styled into latte art.

Which I do enjoy if I’m ordering a coffee in a coffee shop but my own coffee making is currently free from any deliberate coffee art.

But this doesn’t affect the flavor at all, for instance in a macchiato you’ve not got art and it tastes delicious!

Is A Cafe Au Lait The Same As A Caffe Misto?

Now I disagree with a lot of the opinions out there, everyone else seems to say it’s the same, I even saw a tweet where Starbucks says it’s the same thing. 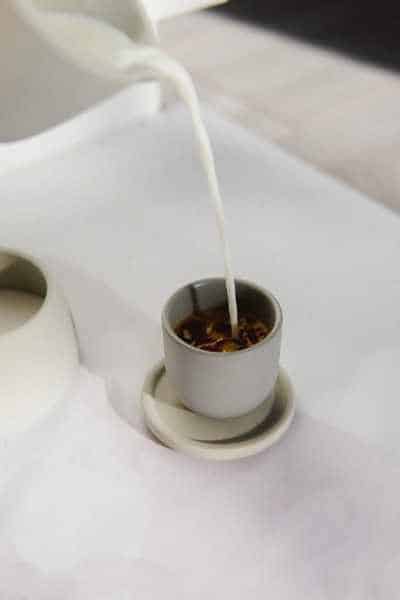 But I don’t think it is,

A cafe Au Lait is served with a random amount of warm milk that isn’t necessarily steamed. A Caffe Misto is more specific and is served with steamed or frothed milk at a ratio of 1 part coffee to 1 part milk.

Now the devil is in the detail when all the different espresso drinks are made with slight changes and result in completely different drinks, cappuccino, latte, flat white, cortado, the list just keeps going on.

So while they are in fact very very similar I think the distinction between the two is important.

Not to mention the fact that a Cafe Au Lait is only how you would order it in France and if you asked for a coffee with milk in an English-speaking country you’d get a black coffee with cold milk in it.

How Does It Taste

The Caffe Misto tastes very similar to a latte while being both stronger tasting and more watery.

More coffee means more coffee flavor in the cup while also meaning there’s more water present so you’ve got a ratio of half water to half milk.

It isn’t sweetened but you could add some flavored syrup to it easily and it would be nice, vanilla or caramel are always winners paired with coffee.

If you’re just a regular coffee drinker, then you probably won’t notice a huge difference. Although, if you’re into your coffee it’ll provide a delicately different drink. After all, if it wasn’t different it wouldn’t appear on cafe menus!

How To Make A Starbucks Cafe Misto (Recipe) 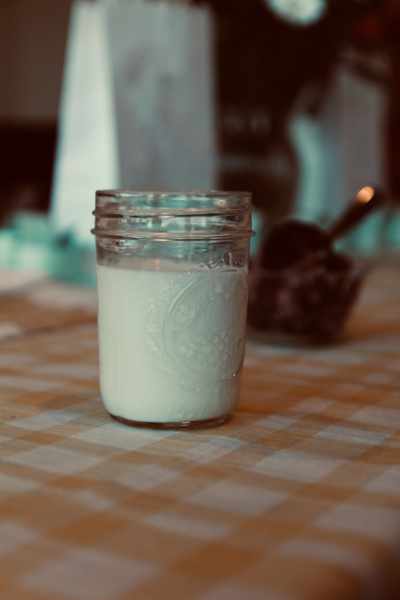 It’s a pretty straightforward drink to make, much easier than a latte you’re just going to need a way to froth up the milk. Which you can do in a French Press if you don’t have an electric whisk of some kind.

Any which way you please just make sure it’s nice and strong.

I first made this with a French Press but it was a hassle to then have to clean it out before frothing the milk so I moved to my drip machine and it became a lot easier.

If you’re using a drip machine put it on the 1-4 cup setting if it has one so it brews a little slower and you get a stronger cup of coffee.

In a French Press just make as is but use a darker roast, that avoids over extracting the coffee and the whole thing turning into a bitter mess.

I prefer using a saucepan to heat up milk because you can keep an eye on it and make sure it doesn’t start simmering. Once it simmers there’s no going back and the milk will lose its sweetness it gets when it’s heated.

If you do go for a microwave just heat it at 15-second blasts stirring in between so that you can catch it just as it’s hot enough before it goes over the edge.

You can do this in a French Press with relative ease, it’s just a case of half filling the french press then plunging back and forth through the milk for about 30 seconds until it becomes nice and frothy.

It doubles in size which is why you want to only half fill it, avoid my mistakes and avoid getting milk all over your counter.

Alternatively, you can get a little hand whisk that’ll froth milk for you, or you can get a milk frother that will heat and froth the milk in its own container which saves a lot of time and hassle.

That’s it, coffee into a mug and warm frothy milk on top, voila you’ve just made yourself a Caffe Misto!

If you want to add sweetener add it to the coffee before the milk because it’s a lot easier to stir it in. Any sweet syrups you have at home or plain ol’ sugar will do the trick.

Is an Americano with hot milk the same as a Caffe Misto? 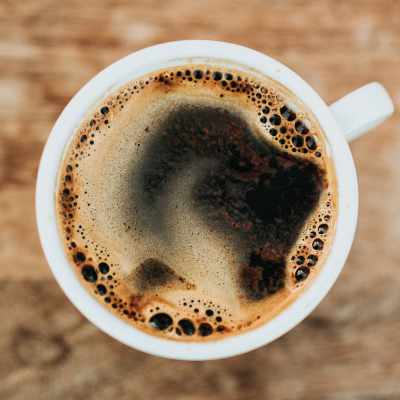 And one I don’t actually have the answer for, it’s definitely closer to a Caffe Misto than it is a Latte, so I suppose that it will be a Caffe Misto, and so is a way to make an espresso-based one.

But why bother? Order one of the others, stop being difficult!

How many calories are in a Caffe Misto?

It depends on what type of milk you use and how much of it you use, but a Starbucks tall Caffe Misto made with 2% milk will have about 80 calories in it.

How much Caffeine is in a Caffe Misto?

But a Tall Starbucks Caffe Misto has 115mg of caffeine in it.

Is A Caffe Misto Sweet?

No, it’s just coffee and milk, so if you want to have it sweeter you’ll need to ask to get it with some sort of syrup flavor in it. Or add sugar to it yourself but as a standalone drink no it isn’t sweet.

Do you have to use cows milk?

Not if you don’t want to, you can use almond milk, soy milk or whatever milk you fancy. even whole milk or nonfat milk are both totally acceptable.

And customisations don’t have to stop there, you could have it as a mocha flavor or even put some Hazelnut syrup in there! You enjoy it however you want.

It’s not quite a latte, not quite a black coffee with a splash of milk, it’s a budget-friendly middle ground that’s a little stronger and a little lighter than an espresso-based drink.

And if you’re making it yourself you don’t need an espresso machine making it one of the easier coffee recipes to replicate as a home barista.

Have you tried one? What did you think?