Espresso Macchiato – What it is, how to make it, how it tastes

It’s not the most popular drink anymore, especially so since Starbucks came in and confused the definition by introducing their caramel macchiato which is actually a vanilla latte with caramel sauce on top.

But that’s not a traditional macchiato

An espresso macchiato is a single espresso with milk foam dolloped on top. The milk foam is thick enough that the espresso stays jet black.

Sometimes it can be an espresso with a splash of any milk added but generally across cafes in the USA you’ll find an espresso macchiato is served with milk foam on top. 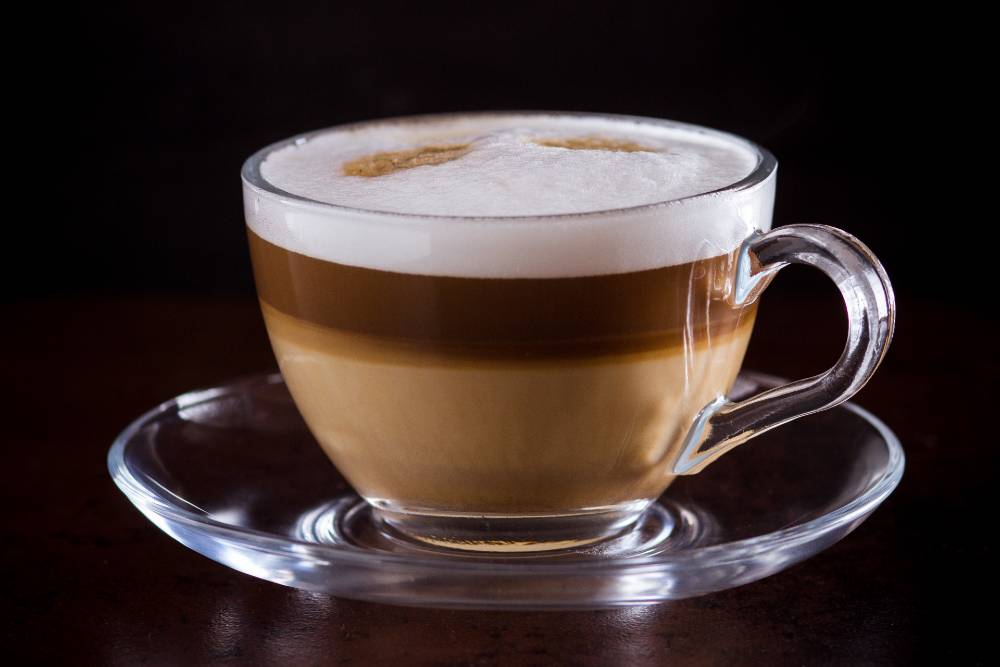 What is An Espresso Macchiato

There are several characteristics of an espresso macchiato that set it apart from other coffees.

An espresso macchiato is one of the smallest milk-based espressos you can order. It’s served layered with milk on espresso. You stir it before you drink it, and it’s normally quite rare to see on an independent coffee shop’s menu.

Those are all the defining qualities of the espresso macchiato, as it’s generally known i.e. as you’d get it if you ordered it at Starbucks.

An espresso macchiato tastes like an espresso without the edge. It isn’t as harsh and is made the tiniest bit sweeter by the milk.

It isn’t a sweet drink by most people’s standards because there isn’t that much milk involved and is still a very strong way to have an espresso, it just provides lower calories, less milk, and all in a stronger quicker drink than a latte.

It’s almost always made as a single espresso unless you ask for a double and if you’re not used to drinking espresso, then it will likely taste like an espresso.

It’s not a hugely popular drink anymore, if people want a softer espresso they normally go for either a flat white or a cortado as this provides a very similar experience while in my opinion also being a lot tastier.

There are so many slight variations on different types of coffee that it can get quite confusing. And it’s why menus tend to only have a few of the possible drinks not all of them.

The milk in the cortado is normally not quite as textured as the steamed milk in a latte but is just warmed up to be hot enough to make the whole drink go cold.

Which gives an even less harsh take on the espresso compared to the macchiato and is often a double shot.

Cortado’s are normally preferred and generally the option you’ll find on a cafe’s menu if they have any sort of low milk/espresso combo on the menu. 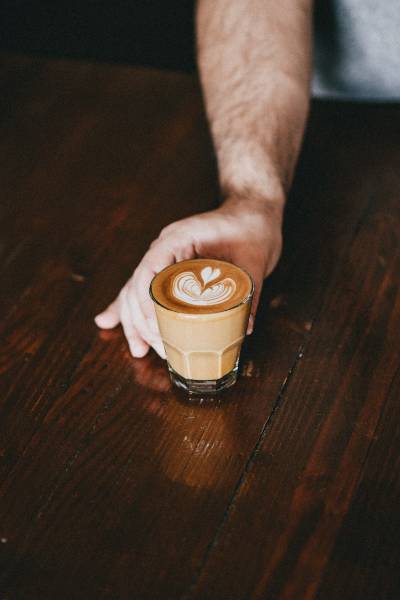 I love a flat white, if it’s my second coffee or a particularly hot day it’s normally my go-to drink because it’s lighter than a cappuccino or a latte.

A flat white is made with less milk than a latte so you get a stronger coffee to milk ratio. But it’s not as strong as an espresso macchiato and tastes much more like a milky coffee.

Often the flat white is made with a ristretto rather than an espresso as well which makes it ever so slightly sweeter in taste.

And it’s pretty different from an espresso macchiato to be fair, black coffee with a splash of milk foam on top is a totally different experience to any kind of combo combining milk and espresso.

Outside of a Starbucks, you don’t get many menus that feature a latte macchiato, but it can be a bit confusing when you find a menu that has both.

Confused? I don’t blame you, that’s because unless you’re a coffee connoisseur you’re going to experience a latte and a latte macchiato as two and the same.

But compared to an espresso Macchiato it’s a completely different drink experience. Unless you’re accustomed to drinking espresso it’s going to be the difference between having a latte and having a straight espresso. Even if you stir the milk in.

Should You Stir An Espresso Macchiato?

This is basically a question of how are you supposed to drink an espresso Macchiato. This is actually a reasonable question in my mind. And as it is with basically everything in coffee, it depends what you prefer.

You should always stir an espresso as the flavors layer inside the cup, so if it has milk on top, as an espresso macchiato does, you will still need to stir which mixes in some of the milk.

But give it a try without stirring it first, who knows you might like it better! And you get to give yourself a milk mustache, that’s always fun.

How To Make an Espresso Macchiato

It’s a simple enough process to follow but the hard part is making the espresso and frothing the milk! You’re going to need some equipment to do this but don’t worry, you don’t need to buy an espresso machine.

If you have an espresso machine great, go ahead and make yourself an espresso.


If you don’t however then I’d strongly recommend using a Moka Pot, it makes strong espresso-like coffee that I use all the time as a substitute when I’m making cappuccinos at home.


And you can buy a Moka Pot reasonably cheaply if you don’t already own one.

Your main other choice is a pod machine, you can get a pod coffee espresso really easy but the coffee just doesn’t taste good enough. And they’re quite wasteful so you’ll probably want to give those a miss.

But if you already own one then go right ahead and make yourself an espresso. 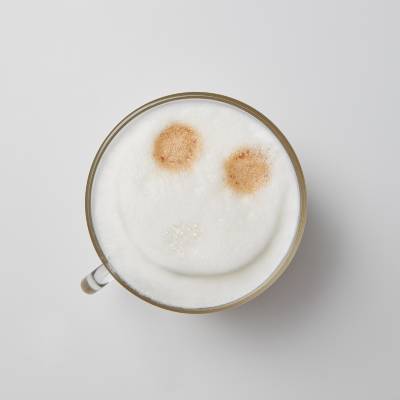 Now to transform this humble espresso into a macchiato we need to froth the milk.

No, you’re going to need some sort of electric milk frother, the little handheld ones that you can put in the mug work OK, then you can spoon the frothed milk off the top and over your espresso.

But my preferred method is to use a standalone milk frother that can heat up and froth the milk. It’s a two-in-one and does a great job, plus if you leave it for a few seconds after it’s done the froth seems to set slightly and it becomes really easy to spoon out and on to the top.

It might not be the most common drink you’ll find on a cafe’s menu, outside of Starbucks, but it’s an interesting drink and one that’s worth trying out.

For me, if I’ll stick to a dollop of Ice Cream in my Espresso, give me an affogato over a macchiato any day!