Why Your French Press Plunger Doesn’t Go To The Bottom

Why your french press plunger doesn’t go to the bottom

It can be a strange experience as a newbie making coffee in a french press, you press down the plunger but it doesn’t reach the grounds, why is that?

Your french press doesn’t go to the bottom because the grounds need the space to settle after you’ve finished plunging. If you plunged into the grounds they’d get forced through the mesh and into your coffee.

The grounds would escape through and around your cup leaving you with an even grittier cup of coffee than you normally get from a French press.

Luckily, this doesn’t affect how the coffee is made, and you don’t even need to fill the french press all the way to the top.

Can You Half Fill A French Press? 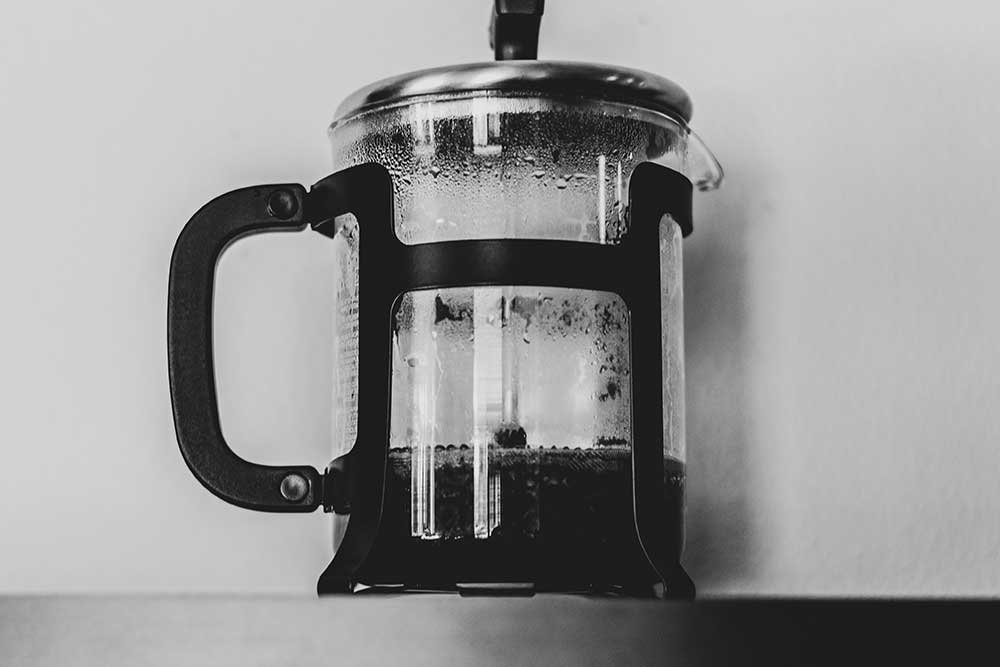 You can indeed, you can make a single cup of coffee in a large french press, you just need to adjust the amount of coffee and water you use accordingly. Even if the plunger only goes through half the liquid it’s still fine. Just make it as normal and your coffee will still come out great.

No need to buy a second small french press, although as someone who has two French presses, a single serve and a large one I can tell you it’s a pretty good time!

French Press coffee is made using an immersion technique so the ground coffee is soaked in the water for 4-5 minutes before being poured out. This is compared to a pour-over technique which has the water flow through the coffee before arriving in your cup.

So once your coffee has been brewed in the water you need to get the coffee grounds out and the brewed coffee into your cup, which you do by using a filter.

Now you could avoid using the plunger all together and actually pour your coffee through a separate paper filter, it wouldn’t really be French press coffee at this point but it’s fun to do.

Now if the plunger forced them to the bottom and squeezed them two things would happen.

1. You’d squeeze out the bitterness from the ground ruining the balance of your cup and leaving you with a horrible tasting coffee.

2. The finer grounds would pass through and around the coffee leaving you with a muddy cup that’s full of sludge at the bottom.

Now there is always a little sediment at the bottom of the cup because the metal filter lets through the coffee fines which are the very fine particles of coffee that don’t dissolve and these sink to the bottom of your cup.

How To Properly Plunge A French Press

Slow and flowin’, that’s how you want to hand a plunger in a french press, you want to gently press down and have a constant force not jerking it or pushing too hard. This minimizes how much coffee escapes through the filter and into the cup.

You can even place the plunger down on top of the liquid without pressing down and allowing the coffee to pass through the filter while you pour it. I’m too impatient for this because the coffee is slow going when it’s pouring through the filter rather than being pressed through but it’s a good one to try, it’s supposed to make the coffee smoother with fewer bits in it.

The final alternative is that you only press down halfway for the same reasons as above. But regardless I hope this shows that your french press doesn’t need to squeeze the beans in any way, you’re making fresh coffee not squeezing a teabag!

Sometimes the plunger can be hard to push down and if this is the case please don’t force it! You can actually cause the french press to shatter glass everywhere or it suddenly goes and coffee shoots out the pouring spout and can end up on the ceiling. Not good.