Can A Moka Pot or Percolator Explode? (7 Safety Tips)

As someone who studied physics at university (before making the much more interesting choice of working with coffee), I learned a lot about pressure and pressure systems.

So one day I was looking at my Moka Pot on the stove and wondering to myself, that has the potential to have a lot of pressure build-up inside it, if something went wrong and it couldn’t release that could explode.

But I couldn’t be sure so I did some research.

Moka Pots can explode in the very unlikely circumstance that you grind the coffee too fine, pack it in too tight, and the release valve stops working or jams from too much build-up of limescale from hard water.

But it is super unlikely that this will happen and the two parts of metal will explode apart, much more likely you’re going to get an explosion of coffee that shoots out of the top of the pot as the pressure all gets released at once.

And luckily there are a lot of things you can do to prevent your Moka Pot from Exploding and keep it working safely. 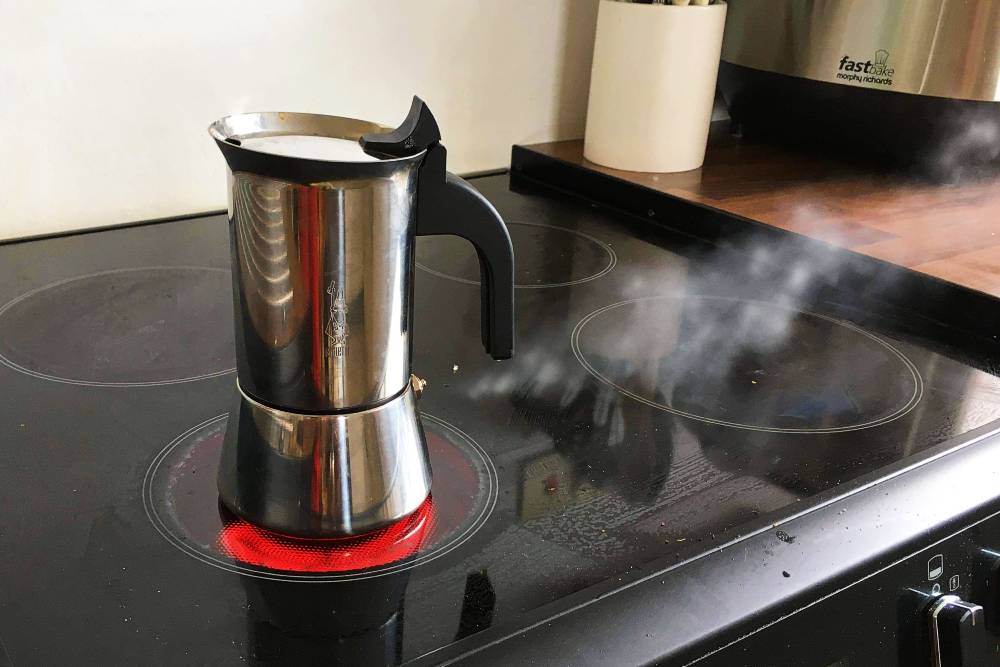 How To Prevent Your Moka Pot Exploding

There are actually two reasons to do this, one is that it prevents your Moka pot from exploding, but the other is that it will stop your coffee from being quite so bitter.

If the grind is too fine when you put the coffee into the filter basket it will get compacted together and the steam won’t be able to push through, because the pressure isn’t as high as it is in an espresso machine.

The pressure then gets stuck underneath in the water chamber where it will slowly escape out the metal valve there but if it can’t escape fast enough you’ll be in trouble.

This is why you want to use a grind coarser than what you’d use for espresso, a medium-fine grind. On my Baratza Encore I grind for my Moka pot at 14 as opposed to the 8 I’d set it to for espresso.

2. Don’t Push Down Or Tamp Your Coffee 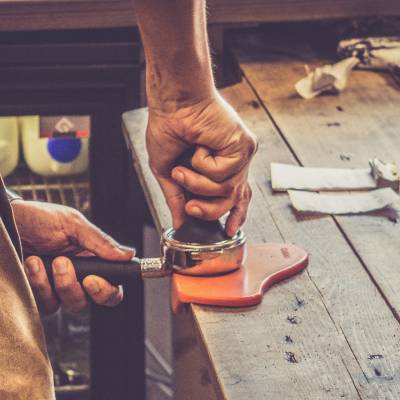 Again although Moka Pots are called stovetop espresso makers, they do not work the same as espresso machines, so do not under any circumstance tamp down the coffee into the basket.

Pour or spoon your coffee into the basket and tap the side until it naturally falls flat. Don’t push it down with your finger, or a spoon, and don’t overfill it so that there’s a big mountain of coffee that looks like a heaped spoon.

Once you screw the top chamber on that’s all going to get flattened and squashed together, if it gets too squashed it’s going to prevent the water from getting through.

There are a couple of different arguments about what this does, either way, it’s going to ruin your coffee somewhat so best to avoid it.

But if you fill the water past the little gold valve in the water chamber it stops excess steam from being able to escape. Now some people think this will cause water to vent out the safety valve before the steam, making a mess of your stovetop, but others think this could cause problems by pressure building up faster than it can vent.

Either way, even if you’ve got the grind size right you’re going to end up with a burnt tasting coffee.

4. Descale It If You Have Hard Water

You should regularly check the safety valve for build-up on the inside, especially if you live in a hard water area because limescale could build up in and around the valve and clog it. And if it stops working that’s when you start to get problems.

You should be able to see while it’s working if steam is escaping from it or not.

Descaling isn’t a bad practice. As long as the Moka Pot is rinsed out thoroughly afterward then you’re going to end up with better-tasting coffee in the long run.

Plus no fear of explosion which can only be a good thing right?

When there is this safety element involved you’re going to want to buy a proper device, one that has efficient enough screw thread that the top and bottom chamber can’t separate even if the pressure does build up from the steam.

And while I’m sure most off-brand ones are good enough when they’re used properly, why not splash out and get the real deal, treat yourself to a Bialetti and have Moka Pot Coffee the way its inventor wanted you to.

This also makes sure you get a good quality rubber seal that’s going to last well and hasn’t been made with any toxic components. 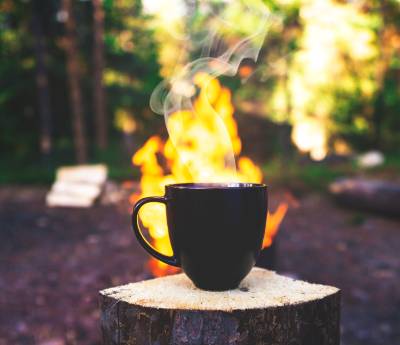 This seems obvious but make sure you’re in the room keeping an eye on your Moka pot, because if it’s hissing, or you’ve had it on the heat for some time and nothing’s happening, you can intervene and check it’s all fine.

If it’s been a while there’s a chance you just didn’t put the heat on in the first place but if you’ve been standing waiting way longer than you normally do then just take it off the heat, run it under cold water and open it up to see if anything is wrong.

Better than it exploding up and leaving a hole in the ceiling! Which while almost a 1 in a million chance, it does happen.

If I’m making cappuccinos for my wife and I in the morning then I use my Moka Pot on medium-high heat, it’s quicker, the stronger tasting coffee is nice with the milk, and it works.

But if I do that and drink it black it’s a bit harsh and not the best. That’s when the medium heat comes in so it brews a little slower and doesn’t taste burnt.

Both of these mean to say that you never need your Moka Pot on full heat, it’s too hot to make nice coffee and it’s too hot to allow the safety valve to vent fast enough which if there are other problems, i.e. too fine and grind and a faulty safety valve, you’re going to end up in trouble.

A percolator shouldn’t explode even if it is faulty because the water constantly cycles through so it shouldn’t have the same build-up of pressure as a Moka Pot, but I can’t promise anything. Except of course that Moka Pots make much nicer coffee!

Difference Between Percolators and Moka Pots

Moka pots make espresso-like coffee by building up pressure in the bottom chamber which pushes water through the coffee grounds into the top chamber where it will stay.

Percolators however constantly siphon the water around so it drips through the coffee, then when the coffee comes out it gets fed back around the system giving you stronger and stronger coffee if you leave it for too long.

Yes, I believe they are, I’ve used mine basically every morning for about 6 months now and have never had a single problem. They are no less safe than the chances of you using a French press and the glass suddenly shattering. To say highly unlikely is an understatement.

Who Makes The Best Moka Pot 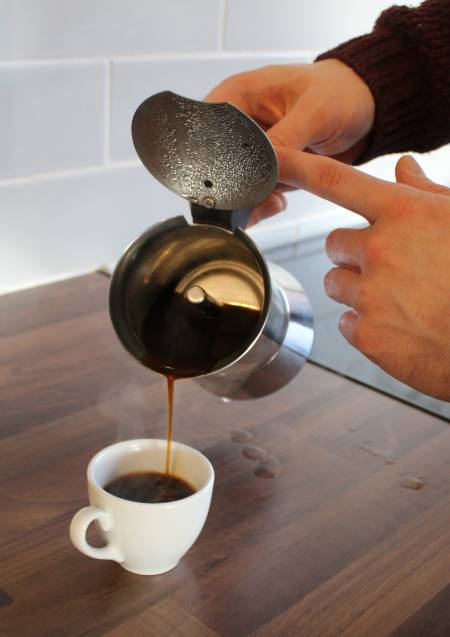 I think it’s Bialetti, they created the very first one many decades ago and they are still the leader making great Moka Pots in Italy and shipping them across the world.

I even have a Bialetti frying pan that I inherited from my mum, and although it looks old it is in perfect working order so when it comes to metalwork they build good quality products that are built to last.

Don’t let this scare you off of using your Moka pot, it is perfectly safe and as long as you use it correctly, which if you follow these tips you will, you’re going to be absolutely fine.

I’m still going to use mine every morning and you should do the same.